You are here: Home / Africa / Three killed in Islamist attack in northern Kenya 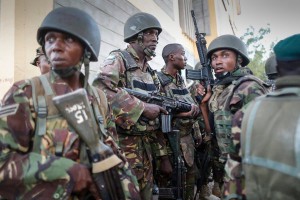 At least three men were killed in a village in Kenya’s coastal Lamu county in the early hours of Sunday during a raid by suspected Islamist militants, police and officials said.

At least five gunmen who spoke Somali came to Pandanguo village, searching for men. They interrogated them and some of them they killed, a survivor who was shot during the attack said from a local hospital.

The village sits about 40 km (25 miles) inland from the Indian Ocean town of Lamu, which is popular with Western tourists, and is 100 km from the border with Somalia.

“They asked me questions in the Somali language. When I struggled to respond, they shot me but hit my hand,” said the victim, who asked not to be named.

In the past, such attacks in Kenya have been carried out by al Shabaab, a Somali militant group which wants to punish Kenya for sending its troops into Somalia as part of an African Union peacekeeping force.

Al Shabaab, which is aligned to al Qaeda, did not claim credit for the attack and spokesman for the group could not immediately be reached.

But Mombasa county commissioner Nelson Marwa said the attack “resembles one of those executed by the al Shabaab,” though he said investigators were still looking into the reports that the attackers were speaking Somali.

In 2014, at least 60 people were killed in the area in a spate of attacks that targeted non-Muslim men. Al Shabaab claimed responsibility for those attacks.

Like the attack on Sunday, those attacks took place inland from the coast.