You are here: Home / Europe / Three French return home after fighting for ISIS in Syria 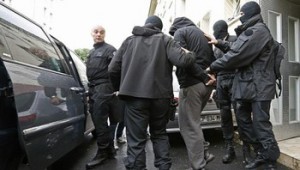 French authorities questioned Wednesday two women and a man who have recently returned from Syria.

The three French nationals were deported by the Turkish government after trying to illegally cross from Syria into Turkey.

They face charges of joining “terrorist groups” and fighting alongside the ISIS in northern Syria.

According to media reports, the suspects have been in Syria for nearly three months before escaping the war-torn country and returning home.

Hundreds of French nationals have reportedly joined the ranks of the IS terrorist group in Syria and Iraq.

More than 1,400 French citizens traveled or plan to travel to Syria and Iraq, to ​​join the ISIS. At least 100 of them were killed while fighting in IS ranks.