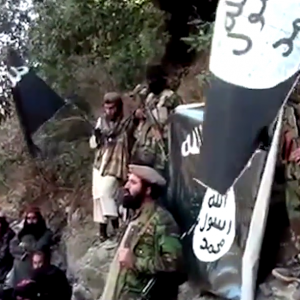 Russian online newspaper Kolokol Rossii (The Bell of Russia) reported that Tajikistan and Turkmenistan are strengthening control over their common borders with Afghanistan.

Besides, both countries try to enlist military support of neighboring Kyrgyzstan and to create a system of collective security in the region, the newspaper said.

Today, if militants of the Taliban, the Islamic State of Iraq and the Levant (ISIL) or any other terrorist group enter Central Asia they risk facing forces of the unified coalition of Tajikistan, Turkmenistan and Kyrgyzstan, Kolokol Rossii said, noting that those three countries are currently considering opportunities of the collective security.

According to the newspaper, intensification of clashes between the Afghan government forces and the Taliban militants in the northern provinces of Afghanistan was the cause for that.

AfTAG reports that Tajikistan has created a “second line of defense” along the border with Afghanistan in response to the flare-up in fighting in northern Afghanistan’s Kunduz province.

Iran’s Defense Minister Hossein Dehghan warned at the 4th Moscow Conference on International Security that took place last month that the ISIL group may soon send its fighters into Central Asia, India, China and Europe.  He urged world leaders to work together to create “a front of resistance” against ISIL.

Opinions differ within Tajikistan as to the gravity of the threat.  Qosimsho Iskandarov, a Tajikistani expert on Afghanistan, told Asia-Plus in late April that “armed clashes being conducted in Kunduz, which borders Tajikistan’s Khatlon province, pose a threat to southern borders of our country and Tajikistan and its allies ought to be ready for all possible scenarios of continuation of war near our borders.”

But another local expert told Asia-Plus that “world powers” are exaggerating the threats for their own ends.  “World powers such as the United States and Russia are interested in spread of so-called forecasts on threats that are allegedly posed by ISIL, Taliban and others militants to Central Asia’s nations, first of all Tajikistan,” said Davlatkhoja Nazirov.  “Neither ISIL nor Taliban militants will go far from Afghanistan.”

BBC reported on May 7 that the Afghan government has launched a major offensive against Taliban forces near the north-eastern provincial capital of Kunduz.  Afghan officials say foreign jihadists trained by the Islamic State (IS) group are fighting alongside the Taliban.  Kunduz governor Mohammed Omer Safi told the BBC that the bodies of 18 foreign fighters, including three Chechen women, had been found.

We will recall that Tajik President Emomali Rahmon in December 2014 described the ISIL extremist group as a “modern plague” that poses a “threat to global security.”  Rahmon said then that hundreds of Tajiks fighting alongside IS militants abroad “bring instability to society at home as well.”

In March, Russian Deputy Defense Minister Anatoly Antonov said Russia planned to bolster its military bases in Tajikistan and neighboring Kyrgyzstan due to what he said was increased activity of ISIL “units” in ex-Soviet Central Asia.