You are here: Home / Europe / Threat to Britain from returning Islamic State fighters ‘is being underestimated 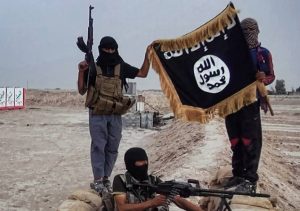 The threat to Britain from returning Islamic State fighters is being underestimated because European extremists fleeing Syria are free to travel here, a terrorism expert warned, like reported by standard.co.uk.

Richard Walton, a former head of Scotland Yard’s counter-terrorism command, said “everyone is assuming” the danger came from British IS supporters arriving back in this country.

But he said free movement between Britain and the rest of the EU meant “several thousand” more foreign fighters who would also be able to enter.

The risk was greater because of the ability of extremists to avoid detection through the use of fake passports or identity cards acquired on the continent or even made by IS.

Mr Walton’s comments come ahead of his participation in a World Counter Terror Congress which begins in London tomorrow [tues].

Others taking part include Met Assistant Commissioner Mark Rowley, the country’s most senior counter-terrorism officer, Sir Julian King, the EU’s security commissioner, and security officials from the Gulf, Asia, and other parts of the world.

One aim of the event is to improve international cooperation and to allow countries to share knowledge about the terrorist threat.

Around 300 of the 850 or so British residents who went to Syria are still estimated to be overseas. Of these, around two thirds have been deprived of their citizenship because they were either foreign-born or are of overseas heritage with access to another nationality.

That leaves around 100 who might still try to return.

But Mr Walton said the danger was much greater because of the ability of foreign fighters from other parts of the EU to travel here.

He said: “About 30,000 to 40,000 people from 100 nation states went to Syria and a proportion of those are coming back. But they are not necessarily returning to the countries of origin, they are returning to regions of origin.

“A French national may not return to Paris, he may return to London. No-one’s considered that yet.

“Everyone is assuming it’s your own nationals coming back but, of course, with the common travel area in the EU, it could be any European that’s gone in the last five or six years. If you tot that up for Europe, there are several thousand.

“The concern is foreign fighters .. using common travel areas and their passports to travel around. You hop into one EU country and you’ve got the liberty to get around all the others. Unfortunately, freedom of movement provides freedom of movement for terrorists as well.

“People don’t realise. They think it’s only our British jihadis who have gone and are coming back but it’s not.”

Mr Walton said that if jihadis did seek to return, they should be prosecuted and that Britain had “a sophisticated counter-terrorism machine” capable of using evidence gathered overseas to secure convictions.

He also praised Britain’s counter-terrorism police and intelligence agencies, saying that they remained outstanding despite the wave of attacks last year.

He warned, however, that vigilance was needed about potentially new methods of attack, including using drones, because “there are very few methodologies used by terrorist organisations in their war zones that don’t at some stage come over here.”