You are here: Home / Europe / Thousands of ISIS fighters returning to western countries 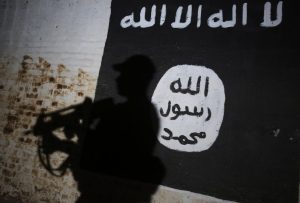 Thousands of the Islamic State’s foreign fighters are returning to Western countries, including the United States, as its territory fades away in Iraq and Syria. This is the bittersweet byproduct of the recent victories against the terrorist organization in places like Raqqa and Mosul, like reported by newsweek.com.

A recent report from The Soufan Center — based on an analysis of official numbers from 48 countries — concluded at least 2,000 former Islamic State members have gone back to Western countries. It’s estimated approximately 1,500 fighters have returned back to the European Union. Roughly 400 have gone back to the United Kingdom and 300 have returned to France and Germany, respectively. Meanwhile, seven have returned to the U.S. out of the 129 Americans who joined ISIS.

Overall, 5,600 citizens or residents from 33 countries have returned home, according to the report. States are still figuring out how to respond to those who’ve returned. But, perhaps surprisingly, they don’t seem to pose as big of a threat as some might have anticipated.

“At least initially, those who have traveled to Syria are less likely to see themselves as domestic terrorists than those IS sympathizers who have stayed at home,” The Soufan Center report states. “They generally appear to have had a stronger desire to join something new rather than destroy something old. As a result, returnees have, so far, proved a more manageable problem than initially anticipated.”

Roughly 40,000 people from over 110 countries made their way to Iraq and Syria to join ISIS both before and after it became a self-declared caliphate in 2014. At this point, most are dead or still fighting.

A Pew Research Center survey from August 2017 found ISIS is seen as the top global threat by people across the globe. This was especially true in the Unites States, where 74 percent cited the terror organization as the number one threat to the world.

On Tuesday, Manhattan was struck by a terror attack that left eight people dead not far from the site of the attacks on September 11, 2001. The accused attacker pledged allegiance to ISIS, though the terror organization has not claimed responsibility for the deadly incident. But the Manhattan attack stands as a reminder of ISIS’s continued global reach, even as its so-called caliphate disintegrates.

An ISIS-linked group — known as ISIS in the Greater Sahara — is also thought to be responsible for an ambush in Niger that killed four U.S. special forces soldiers on October 4.

“[ISIS is] an incredibly difficult adversary,” CIA Director Mike Pompeo said at a security conference in Washington in October. “They still have the capacity to control and influence citizens all around the world.”

With that said, Americans still remain relatively safe from ISIS and are far more likely to be killed by other domestic threats. Since 9/11, 97 Americans have been killed by jihadists on U.S. soil, based on data from the New America Foundation, including the two who were killed in Manhattan on Tuesday. Meanwhile, over 15,000 were killed by gun violence in the U.S. in 2016 alone, according to Gun Violence Archive. So far this year, over 12,000 have been killed by gun violence in the U.S., including 58 in the deadliest mass shooting in modern U.S. history in Las Vegas on October 1.