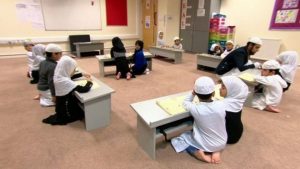 Turkey has presented new controversial school programs that provide for the abolition of the theory of evolution and introduce the concept of ‘jihad’. The announcement was made by Education Minister Ismet Yilmaz, like reported by ansamed.info.

The minister explained that the new teachings – 176 in total – will be gradually instituted in September and will be extended to all classes the subsequent year. The theory of evolution, defined as ”beyond the level of students and not directly relevant” has been excluded from programs. The concept of ‘jihad’ has been introduced in classes on Islam. ”What the Prophet (Mohamed) says is that when we return from a war, we go from a small jihad to a major jihad.

But what is this major jihad? It is serving society, improving well-being, ensuring peace”, commented Yilmaz, claiming that school also needs to ”correct things that are perceived in the wrong way”.

Along with the history of Turkey’s founding father Mustafa Kemal Ataturk, new programs will include events on July 15 regarding the failed coup last year. Lessons will also concern the fight against terrorism, with reference to Feto (the alleged network blamed for the coup and led by exiled cleric Fethullah Gulen), the Kurdish PKK and ISIS.

”The new policies that ban teaching of the theory of evolution and oblige all schools to have a prayer room destroy scientific principles and secular education”, said Mehmet Balik, leader of school union Egitim-Is that has announced the intention of taking the new programs to court as they intend to educate ”generations that don’t ask questions”. Another union, Egitim-Sen also said its teachers are ready to become conscientious objectors against the changes.