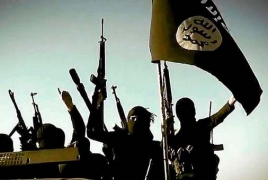 About a third of rebel groups in Syria – some 100,000 fighters – share the ideology of so-called Islamic State (IS), new research suggests, according to BBC News.

The Centre on Religion and Geopolitics, linked to former UK Prime Minister Tony Blair, said defeating IS militarily “would not end global jihadism”.

That would require an “intellectual and theological defeat” of its ideology.

The Syrian conflict has killed more than 250,000 people. Millions more have been displaced.

A Western coalition has been carrying out air strikes against IS in Syria and Iraq for more than a year.

In September, Russian forces began air strikes against rebels in Syria, targeting “all terrorists”, including IS. However, Western-backed groups are also reported to have been hit.