You are here: Home / West Asia / There are more than 700 foreign terrorist fighters in Afghanistan now, says Afghan envoy 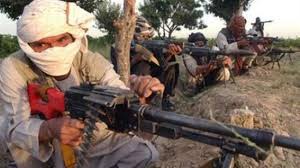 A new offensive against the Afghan government and people is being compounded by “an unprecedented convergence” of Taliban insurgents, more than 7,000 foreign fighters, and violent groups including the Islamic State, Afghanistan’s U.N. ambassador said.

Zahir Tanin told the U.N. Security Council that these groups not only target Afghan troops and civilians with suicide bombings, improvised explosive devices, hostage-taking and assassinations but they seek control of districts and provinces as bases for their activities in Afghanistan as well as south and central Asia.

Nicholas Haysom, the U.N. envoy for Afghanistan, said Afghan forces have been stretched, tested, and faced operational challenges since taking on full security responsibilities following an end to the U.S. and NATO combat mission.

Nonetheless, he said, “Afghanistan is meeting its security challenges” in the face of an intensifying conflict across the country,

The commitment of Afghan troops “is beyond question,” Haysom added, “and they are demonstrating resilience in the face of insurgent efforts to take and hold ground.”

Both Tanin and Haysom said the influx of foreign fighters into Afghanistan is a result of the Pakistani military’s campaign in neighboring North Waziristan which began last year.

“Our estimate is that there are more than 7,000 foreign terrorist fighters” in Afghanistan now, Tanin said, including Chechens, Uzbeks, Tajiks and Pakistanis.

The government also estimates “there may be hundreds or thousands of people” operating under the black flag of the Islamic State, including some “extreme-oriented Taliban,” he said.

Haysom said he told the Security Council “that increasingly Afghanistan, one of the 10 poorest countries in the world, is finding itself in the forefront of dealing with terrorists whose origins are the neighbors, and possibly whose eventual destination are its neighbors.”

He urged greater collaboration and support for Afghanistan “in dealing with what is a regional, shared threat.”