You are here: Home / Europe / The West to suffer from ISIS returnees 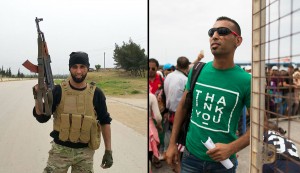 Experts said that the West has faced a real crisis with the return of ISIS’ militants to their mother countries following the organization’s daily losses on its alleged Caliphate’s territories in Syria and Iraq. Experts considered that Western countries are not mainly concerned from the possible operations that can be launched by these returnees, but from the expected expansion of ISIS and its recruitment for new members and supporters, like reported by aawsat.com.

Reports and statistics have showed that foreign militants in ISIS troops reached around 4000 European members (20% of the total militants of the organization), which will expose the West to severe confrontations. An Egyptian study conducted by Al Azhar suggested that the West will see major security crises with the return of those members especially that many of them plan for suicide bombings in these countries to revenge for ISIS’ defeats in the Middle East.

The study says that the return of foreign militants to their countries is considered a huge threat for these countries with all dangers they may cause for the national security, and intellectual and social stability. These threats will push governments to strengthen security procedures on borders, and ports and airports to prevent terrorists from entering their countries illegaly.

European investigations and reports confirmed the above mentioned information and revealed that ISIS has adopted, few months ago, a plan to send back its foreign militants to Europe after they vowed to execute attacks in Europe. Observers considered that returnees represent a time-bomb anytime and anywhere.

ISIS recently promised western countries participating in the international coalitions, including the United States, Russia and some Arabic countries to witness violent incidents if they don’t stop supporting the U.S. in its war against the alleged Caliphate.

Observers said that ISIS has tried hard to stop defects from its ranks after the Caliphate started weakening. The terrorist group even confiscated passports of its members to prevent them from escaping. ISIS also publicly executed many of its militants who sought to flee from confrontations with the Iraqi army.

Observers note that ISIS implements all the execution process in public areas to intimidate other militants who may plan to return to their countries. However, many returnees launch terrorist attacks in their countries, as they have totally absorbed the organization’s draconian and destructive intellect.

It is worth noting that, since its emergence in 2014, ISIS has sought to recruit the biggest possible number of Muslims in European countries to fulfill strategic goals. It has used the confusion dominating European youths because of social marginalization or their lack for sound religious awareness. In fact, members who joined ISIS from Europe surged remarkably in 2014-2015, mainly in France and Britain, with the majority of them heading to Syria.

In April 2014, the French Government announced that it will adopt a plan to settle the problem of French citizens who joined ISIS in Syria. At the same time, ISIS moved from talks to actions and implemented many terrorist attacks launched by individuals who live in the threatened countries. This strategy is known as “lone wolves”, it allows individuals adopting the organization’s intellect to launch attacks without the permission of ISIS.

Da Al-Iftaa in Egypt has called for a terrorism combat strategy that includes the world’s countries and considered that the Egyptian President’s initiative to establish a global union to fight terrorism has become a must. The study also urged all countries to reconsider their defense and security policies and to control procedures on borders to prevent ISIS followers from returning and implementing violent ideas they bagged from ISIS’ extremist intellect.

Concerning the confrontation of returnees when they come back to their countries, Dr. Hamed al-Meckawi said that countries should be alert in that matter. He also said that religious and psychological lectures should be held to immunize youth from being attracted and recruited by terrorist organizations. The expert also advised to monitor ISIS-managed media outlets like Dabeq Magazine and other internet forums, to reach a better understanding of ISIS intellect.

Recent reports said that ISIS plans to use widows and children returnees to implement its terrorist attacks. According to the Egyptian study, ISIS has composed a new troop that recruits children between 10-15 years. The study said that this kind of recruitment emphasizes a sort of logistic weakness after the losses it faced.

Also, recent data show that ISIS militants in Syria and Iraq have dropped to less than 22,000 members after the losses caused by the war waged by the U.S.-led International Coalition against the organization in the Middle East.