You are here: Home / Senza categoria / The West must face reality: only a ground war can stop Islamic State 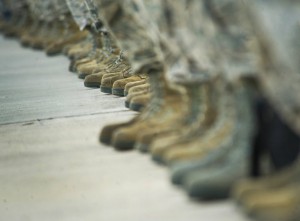 It’s a thorny issue that has experts divided. For some, a ground war is a trap and should not even be considered; only well-targeted, reinforced airstrikes will do the job. For others, it’s impossible to slay ISIS without hunting down its jihadists one by one, from street to street, hideout after hideout, a strategy that requires the immediate deployment of sufficient numbers of ground troops.

Others still, believe that we’re targeting the wrong enemy. The fight against terrorism, they say, is not like a traditional military confrontation, but first and foremost the work of intelligence services and the police.

Between a war in the air, on the ground, or a secret war, citizens — who know less than the so-called experts — often have little more than their prejudice as a compass. And yet, despite their lack of understanding, a moment of common sense can help them see more clearly.

Everybody knows by now that ISIS beheads, tortures, rapes, slaughters, manipulates, dehumanizes. This so-called “Islamic State” destroys the bodies, the souls, the relics of the past, the art — in other words, everything that makes up humanity.

Nobody doubts that the cruelty of this group is without boundaries, that its determination is unyielding and its savagery extreme. And everybody can easily see that ISIS is getting bigger and stronger by the day. Tthe more atrocities it commits, the more its power of attraction on the world’s angry masses intensifies and the more branches and allied groups are created, from the Maghreb to central Africa, and beyond.

Unless we’ve become desperately naive, it’s impossible to still imagine we could confine this danger and limit its scope. There is no such thing as a safebox where we can leave ISIS to rot. If we don’t fight it, corpses will keep piling up, entire populations will be destroyed and more ancient temples will be blown to dust. Not fighting it will lead to terrorism spreading all over the globe, creating uncontrollable situations everywhere.

Common sense commands us to move to the rapid and total destruction of ISIS.

The terrorist group has time on its side. Hesitations and inefficient operations allow it to prosper and even to progress, step by step, in establishing a caliphate that dreams of becoming perennial and reaching worldwide. The later the great confrontation will come, the more difficult and uncertain the outcome will be.

As things stand today, defeating ISIS’ 30,000 men — even if they’re well equipped, determined and radicalized — is definitely within the reach of our armies. But if tomorrow they’ve grown more numerous and better equipped, scattered across more territory, operations will be even more risky and their outcome more difficult to predict.

At that point , the situation becomes entirely unthinkable.

That said, an efficient war is hardly easy to organize, and strategic, political and diplomatic hurdles must first be overcome. We’d need to secure a European consensus, cooperation from Arab countries, a transformation of America’s stance … In other words, nothing that’s simply or quickly obtained, to say the least.

But the biggest stumbling block is within each of our heads. It’s been a long time since we’ve ceased to understand the Clausewitz formula, according to which “war is merely the continuation of politics by other means.” After two world wars, the construction of a peaceful European coexistence and the United Nations’ system, pacifism itself has become second nature for most Westerners. The idea of a “just war,” which used to be all too common, now seems strange, unreal or even obscene.

We look at 20th-century fighting with a mixture of dread and incredulity. After some time, we surely understand that to eradicate savagery, it was necessary to take up arms. But we’ve failed to grasp the direct connection with the present. Until now, at least.

Those who see that connection say we can’t afford to wait until it’s too late. They cannot, therefore, keep quiet about it, even though they risk looking like blind warmongers and being labeled as “Neocons” and many other nasty things. But given the nature of ISIS, of how it acts and what it can become, it seems now as if a war on the ground is the only solution that remains. Of course, it’s also the worst solution.

Except, maybe, for all the others.