You are here: Home / Analysis / The use of drones in unconventional warfare 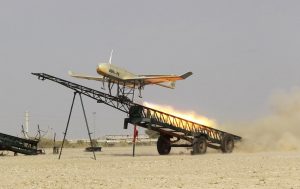 Drones have become a trusted tool in the arsenal of non-state actors seeking to engage in asymmetric attacks against a more powerful adversary. Over the past two years alone, drones have improved significantly in terms of flight duration, ease of use, and potential to be repurposed to drop a payload on targets, like reported by soufangroup.com.

These technological developments are expected to accelerate, with anticipated future developments making the use of drones by non-state actors a regular feature of any unconventional warfare campaign. In an attack in late August, the Israelis killed two Hezbollah militants operating at an Iranian base in Syria who were allegedly preparing a drone attack on Israel.

On the same day, Hezbollah claims that Israel flew a drone packed with explosives into a building associated with its media operations. Besides Hezbollah, a range of terrorist and insurgent groups possess and capably deploy drones and other unmanned aerial systems in their operations, including the so-called Islamic State, Palestinian Hamas, Boko Haram in Nigeria, and the Houthi rebels in Yemen.

Drones are also used to help non-state actors by improving their intelligence, surveillance, and reconnaissance (IRSR) capabilities. And drones are not simply used in isolation, but as part of an integrated set of warfighting capabilities that terrorists use. As they continue to harness and leverage emerging technologies, some groups could soon develop the ability to launch massive swarms of drones, autonomously operated and programmed to attack a range of vulnerable targets on the battlefield.

Both governments and defense companies are openly vying for the growing market for drone technology, both for surveillance as well as for attacks involving explosives. This trend has been a long time in the making. In October 2018, the UN hosted a conference titled ‘The Expanding Use of Armed UAVs and the Need for International Standards’ that urged countries to update arms control measures to better address the threat posed by drones, many of which are made in China. Non-state actors now have the capability to strike from great distances with drones that can carry larger amounts of explosives and launched from pre-set GPS coordinates.

Commercial off-the-shelf technology has significantly reduced the barriers to entry for non-state actors to become active in this space, while other groups enjoy the largesse provided by states and thus, have access to even more advanced unmanned aerial systems. Within their Iranian-supplied arsenal, the Houthis have advanced drones called the Qasef-1 and Qasef-2K that are based on the Iranian Ababil-2 system. The rebels have used these drones to attack Saudi facilities in the past but nothing to the level of the September 14 attacks in the Saudi ARAMCO facilities in Khurais and Abqaiq.

There is some speculation that cruise missiles were also used in the attack. As armed drone technology advances and becomes more readily available to non-state actors, the threat to critical infrastructure rises disproportionately. Facilities such as ports, nuclear power stations, refineries, pipelines, and other critical infrastructure are now in the cross-hairs of non-state actors. At the same time, nation-states are scrambling to acquire effective counter-drone technology, but remain far behind in the laws and policies necessary to adequately deal with this threat.