You are here: Home / Africa / The United Arab Emirates (UAE) to train security forces in Somaliland 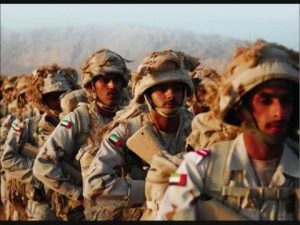 The United Arab Emirates (UAE) plans to train security forces in Somaliland as part of a deal that involves establishing a military base in the semi-autonomous region Somaliland’s President Muse Bihi Abdi said to ahvalnews.com.

Abdi said the UAE base will guarantee economic development and security for Somaliland and also deter extremist groups in the region, Reuters journalist Alex Cornwell reported.

Somaliland, on Africa’s Gulf of Aden coast, broke away from Somalia in 1991 but is not internationally recognized. However, the UAE has invested hundreds of millions of dollars in the impoverished region in recent years and last year began constructing a military base in the port of Berbera.

In December, Turkey signed a deal to redevelop Suakin Island, a ruined port on Sudan’s coast, beefing up its presence in the region. Turkey already has several thousand troops stationed in Somalia and its Parliament voted in February to extend their period of deployment.

Whilst Ankara claims Suakin Island will not be used for military purposes, the redevelopment agreement angered Egypt and Gulf Arab states wary of what they see as Turkey’s expansionist ambitions.

This comes at a time when relations between Turkey and several Arab states have been strained since Turkey sided with Qatar in a crisis in the Gulf Cooperation Council (GCC). This pits Qatar against a group of Gulf Arab states led by the United Arab Emirates (UAE) and Saudi Arabia.