You are here: Home / Senza categoria / The state vs the Arab revolutionary movement
All the counterrevolution states are in fact failing states – whether they announce this officially or not, they are waiting for a new historic turn. 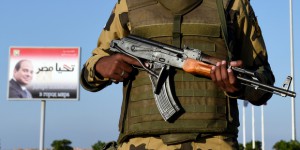 The fatal protest action of a street vendor in a marginal town deep inside Tunisia, when Mohamed Bouazizi immolated himself on 17 December 2010, was the spark that triggered the Arab revolutionary movement. On 14 January 2011, the civil resistance achieved its first and greatest victory by bringing down Ben Ali who fled the country.

But until then, the enormity of the Tunisian event and what it could mean for the Arabs had not yet been obvious. Not until protests took off in the heart of the Egyptian capital on 25 January did it become clear that a people’s revolutionary dynamic was on its way to sweep across the Arab space. In that sense, January became the month of the Arab revolution, which soon spread to engulf Libya, Yemen, Syria and Iraq, but also Algeria, Morocco and Jordan.

This January, five years has elapsed since that great Arab historic turning. The anniversary imposes scores of questions about the fates of the Arab revolutions and their destinies.

It is what the Arabs have in common that led to the rapid spread of the revolutionary park from Tunisia to its close as well as distant neighbourhood. What the Arabs share in common is the similarity among the despotic regimes in their countries, the ascendance to power and the seizure of authority by small ruling minorities, and the inherent sense of belonging by the Arabs to the one history and one destiny.

However, a century or more of the history of the territorial state has given every one of these states its own specific characteristics. It was not strange therefore that the movement within each of the states where the revolution erupted would adopt its own specific course.

There is not much debate about what happened in Algeria, Morocco and Jordan. In Algeria, the memory of the years of fire, blood and of surplus oil and gas revenues played a principal role in containing the protest movement at its early stage and in preventing it from escalating.

In Morocco, where political forces rally around the royal institution, the palace met the people half way and effected reformist constitutional changes. The majority of the people saw these amendments as sufficient to push the country toward a higher level of freedom and democracy. As for Jordan, the exit was more dubious. The traditional anxieties between the Palestinians and the East Jordanians were evoked to besiege the waves of protests and restore things to what they were.

These three countries aside, what is being debated and raises so many questions is the wave of counterrevolution, which brought down the great hopes of the Arab revolutionary movement, starting with Egypt in 2013.

Perhaps it is not necessary to return to expressions that are no longer immune to banality to explain the position occupied by Egypt in the wave countering the Arab revolutionary movement. But there are today those who argue about the inevitable connection between that fact that Egypt is the biggest of the Arab states and the fact that it is the most impacting on their destinies and their place on the international scene.

Whatever it is, there may not be a dispute about the fact that the coup of 3 July 2013 was the beginning of the diversion in the path of the Arab revolutionary movement and in the promises of freedom, democracy and justice it carried with it.

The coup did not only render the doors wide open for the perpetration of the massacre through which Egypt, Iraq, Syria and Yemen are living; it caused a grave fault in the material and psychological balance of power in the entire Arab east.

Since the summer of 2013, Iran threw its entire weight behind the Assad regime in Damascus. At the same time Iraqi premier Nouri Al-Maliki decided to use armed force to disperse the popular protests. In Libya, General Khalifa Haftar started his coup against the February revolution. During the same period in Yemen, former president Ali Abdullah Saleh and the Houthi militia forged an alliance. And in Tunisia, the tripartite coalition faced a series of mysterious assassination attacks and protests that were even more mysterious, forcing it eventually to relinquish governance.

Within few months, the Arab region shifted from being an incubator for one of the most brilliant civil change movements for freedom into a huge arena for a number of interlaced and crisscrossing civil wars.

There are two interpretations for the Egyptian coup, the spearhead of the counterrevolution. One of them claims that the elected president, Dr Mohamed Morsi (and his political backers, the Muslim Brotherhood), pursued an autocratic and authoritarian policy that led to his rapid isolation from the rest of the revolution’s forces and then to him falling easy prey to the coup forces.

The second interpretation, which stems from an entirely opposite premise, says that Morsi and the Muslim Brotherhood were not revolutionary enough and that they turned their eyes away from the existence and continuation of power centres belonging to the defunct regime, both in the civil and the military sectors. As soon as these circles were back in action they toppled the president and all the revolution’s forces combined.

Morsi was revolutionary enough when he brought down the first military council, when he forced the attorney general to resign from his post and when he effected major changes in the top leadership positions within the state institutions and its specialised agencies.

But he was captive to the legal-constitutional procedure that brought him to power. He could not, therefore, set up revolutionary courts or send people to the gallows. Two years following his downfall, there is no doubt whatsoever that the claim of autocracy (and its synonym Ikhwanisation) was not true.

Morsi’s advisers, ministers and aides came from all sides. During the months of his rule he was keen to stay away from the body of the state itself. When political division in the country escalated, he proposed the position of prime minister to the liberal Ayman Nur, one of the founders of the opposition Salvation Front.

In general, this debate takes place on the surface of the counterrevolution wave and does not go deep into its solid facts. What Egypt witnessed, and what soon spread to most of the Arab revolutionary states, is that the action of the revolution itself, the mass civilian protest, was sufficient to bring down the regimes but could not uproot the state establishment.

The Arab regimes, with few exceptions, were able since the 1960s to seize full control of the state, with all its civilian, security and military apparatuses and managed to subjugate it to the rulers’ needs. Those who stand in the face of the peoples, and those who turned against the movement of revolution and change, are not just the traditional ruling class, but the entire state establishment.

In addition to that, the forces of revolution and change were not able to see the importance of what the Arabs share in common.

They did not realise that they were facing counterrevolutionary forces both locally and regionally. All the faltering of the Arab revolution and its counterrevolution has a regional dimension. In the case of Syria in particular, the regional soon changed into international.

The third, and most important, reason has to do with the short-sightedness of the revolutionary forces themselves and their inability to realise the brittle nature of the transition process within a revolutionary context.

All regimes that are born out of a revolutionary event require time in order to gain legitimacy and establish stability. Legitimacy and stability are hard to achieve when ambitions and loyalties clash and when revolutionary forces turn against each other.

What is certain is that the counterrevolution’s wave has not been able to provide an alternative capable of gaining sufficient legitimacy to continue. All the counterrevolutionary states are in fact failing states, whether they announce this officially or not. One way or another, they are also waiting for a new historic turn.