You are here: Home / MidEastGulf / The Russian ROE (Rules Of Engagement) in Syria 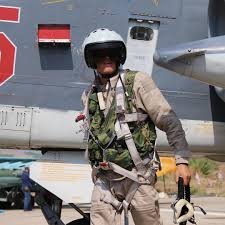 In the last year the U.S. led air coalition has use about 20,000 guided bombs and missiles against ISIL (Islamic State in Iraq and the Levant) targets in Syria and Iraq. Many of the pilots delivering these air strikes are dubious about their effectiveness.

That’s because so many steps are required before a target can be hit. There are few American air controllers on the ground in Iraq and often none in Syria (where only special operations troops sometimes operate). The final release (of weapons) decision is made by an American general and only after lawyers and intel analysts have scrutinized the aerial evidence (sometimes augmented by reports from the ground) to ensure that situation complies with the ROE (Rules of Engagement).

Pilots are supposed to keep quiet about what goes on out there and most are but there are a growing number of anecdotal reports of prime targets avoiding destruction because of timidity by those in charge of approving targets or the approval process going on for so long that the target opportunity disappeared.

Some American intel analysts and pilots are noting that the Russian warplanes seem to be having more success, at least on a per-sortie basis, with the few dozen warplanes they recently sent to Syria. In part that’s because the Russians have people on the ground (often Russian speaking Syrian troops who know how to call in air strikes the Russian way) and not much of an approval bureaucracy to deal with.