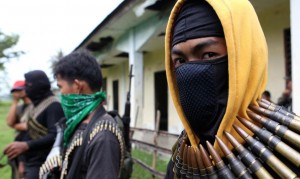 America has fixed coordinates for the geography of the Islamic State, the West’s deadliest terror threat. There’s Mosul, now in the midst of a US-backed bid by the Iraqi military to eradicate Islamic State militants from the northern Iraqi city. There’s also North Africa and northern Syria, where the Islamic State inflicts its barbarism on Syrian civilians and blueprints attacks on the West, like reported by koreaherald.com .

But there’s another part of the world where Islamic State is rising, a region few Westerners know: Deadly attacks at a crowded Istanbul nightclub on Jan. 1 and on Istanbul’s main airport last summer have raised alarms about a worrisome, largely ignored node of Islamic State militancy. Both attacks involved terrorists from the steppes of majority Muslim Central Asia, a region once under the thumb of Soviet leaders.

It’s a region the West can’t neglect, lest that node grow fast. The Soufan Group, which provides security and intelligence assessments to countries and multinational organizations, estimates that roughly 2,000 Islamic State fighters come from Central Asia, an area made up of the former Soviet republics of Uzbekistan, Kazakhstan, Kyrgyzstan, Tajikistan and Turkmenistan. Central Asian militants comprise the third-largest component of foreign fighters for Islamic State, behind Western Europe and Arab nations in the Middle East and North Africa.

In recent months, it’s become clear that the Islamic State sees a role for Central Asian fighters beyond the battlefields of Iraq and Syria. Case in point: Abdulkadir Masharipov, of Uzbekistan, a well-educated speaker of four languages who was trained in Afghanistan to become a militant. Early on New Year’s Day, just after midnight, Masharipov walked into Istanbul’s Reina nightclub on the Bosphorus and sprayed the crowd with gunfire from his Kalashnikov, killing 39 people.

That carnage was preceded by attacks on Istanbul’s Ataturk Airport last June, carried out by two Islamic State suicide bombers from Uzbekistan and Kyrgyzstan, and one from Russia. The bombers killed 44 people and injured some 230 others.

Impoverished Tajikistan is also producing Islamic State fighters. Before his radicalization, Gulmorod Khalimov, a senior commander with the Islamic State, underwent American military training while he worked as a Tajik police commander. “I was in America three times,” Khalimov said in an online video, according to The New York Times. “God willing, I will come with this weapon to your cities, to your homes, and we will kill you.”

The dynamic behind Islamist radicalization differs in Central Asia from that in the Arab world. During the Soviet era, Moscow’s embrace of atheism prevented Muslims in Central Asia — and anyone in the Soviet Union, for that matter — from openly practicing their faith. That repression bred Muslim radicalization that continued long after the 1991 collapse of the Soviet regime, and persists today. One of Asia’s most dangerous terrorist groups, the Islamic Movement of Uzbekistan, has in the past allied itself with al-Qaida and fought alongside Taliban fighters against American troops in Afghanistan. Today, the IMU pledges allegiance to the Islamic State.

As the Trump administration and other Western leaders map out their anti-Islamic State strategies, they’ll need to sharpen their focus on the group’s presence in Central Asia. What specifically should the West do?

Central Asian governments rely on the US for tens of millions of dollars in military and economic aid. The US should use that leverage to push the region’s authoritarian leaders to abandon policies aimed at repressing Islam, and give Muslim political movements space to participate in governance. Russia, of course, could fill the void if the US pares back assistance, but perhaps President Donald Trump can keep newfound pal Vladimir Putin from doing so.

Also, the US can divert some of its foreign aid to labor migrants in Central Asian countries prone to Islamic State recruitment. Washington can do the same in Turkey, home to a burgeoning Central Asian community that’s economically marginalized.

Fighting Islamic militancy is an exercise in whack-a-mole. As the US and the West made headway tamping down al-Qaida in Afghanistan and northwest Pakistan, Islamic State emerged from the chaos in Syria and Iraq. As the US-backed security forces work to free Mosul and zero in on Raqqa, the West can’t let Central Asia become the next Islamic State haven.