You are here: Home / Senza categoria / The right question about the Islamic State’s ideology 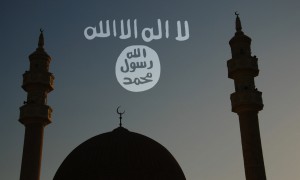 In the wake of last month’s attacks in Beirut, Baghdad, Sinai, and Paris, and this month’s in San Bernardino, commentators are revisiting the debates earlier this year about whether the Islamic State is truly Islamic and, if so, what makes it Islamic. Just as then, today we are asking the wrong questions. This can be an interesting theoretical debate, but is neither academically or strategically productive. These are questions on which we will never forge an agreement, and thus attempting to answer them does not bring us any closer to understanding how to stop it.

If we want to stop the self-proclaimed Islamic State’s recruitment to violence, a better question is how does the group transform centuries-old theological concepts into real and present threats?

Answering that question requires that we begin by stipulating that the Islamic State is a Salafi organization. Salafism is based on an exclusive adherence to this early Islamic Sunni theology. Next, we must recognize the historical division of Salafism between violent and non-violent strains in the 20th century under specific political conditions. Finally, and perhaps most urgently, we might consider the lessons of this history for our own strategic planning today.

Because of its emphasis on redefining Islamic faith and practice, Salafis — both violent and non-violent ones — prioritize their attention on fellow Muslims (Sufis, Shi‘is, even non-Salafi Sunnis) for promoting what they regard as “deviant” interpretations of the faith.

So why do some use this to attack others violently, while others only do so rhetorically? There is only one conceptual factor that drives this decision: the reason why others, in the eyes of different Salafis, fail to adopt their worldview. To non-violent Salafis, the reason they give is misinformation and misunderstanding — not having been exposed to their theological views. Innocence by omission. For violent ones, the reason is because of a deliberate resistance to it — an expression of the internal “unbelief” in God’s monotheism (kufr). Guilt by commission, and commission of the religion’s gravest sin, violating God’s “oneness.”

This divide is nearly as old as the religion itself, and was a core question underlying the evolution of early Islamic theology. On the one hand there stood Ahmad Ibn Hanbal (d. 855CE) and his circle (the so-called People of Hadith), who held that one’s faith is expressed in one’s “heart, tongue and limbs.” On the other, the more rationalist schools argued that this faith is only in the heart and tongue and need not be confirmed by actions of the limbs.

This debate surfaced in the 20th century as a fault line between violent and non-violent Salafis, who — unlike other Sunnis — ostensibly all identified with the People of Hadith in their theology, but who, in practice, came to different conclusions about the practical implications of this theology. The watershed moment came in 1986, when one Safar al-Hawali (b. 1950) put the finishing touches on his dissertation for the Saudi Umm al-Qura University. In it, Hawali — who, although not a jihadist, would be later regarded as something of their intellectual ally — attacked one Muhammad Nasir al-Din al-Albani (d. 1999) for the latter’s view that one’s failure to pray was not a sign of “unbelief,” but rather could have been caused by laziness, oversleeping, or some other non-doctrinal factor. For Hawali, a Muslim’s neglect of proper Islamic conduct was evidence of ceasing to be Muslim. For Albani, who would later become the doyen of the so-called “quietist” strain of Salafism, a Muslim’s neglect of prayer was a sin but did not change one’s Muslim status.

In the 1990s, these positions became the core kernel of a new and broader debate on the issue of takfir (excommunication of other Muslims). Specifically, under what circumstances may Muslims excommunicate other Muslims, and thereby justify engaging in violence against them? On the one hand there were those who believed, as Hawali did, that failure to act in an Islamic way nullified one’s Islamic identity — these formed the intellectual nucleus of jihadism. On the other stood the quietists, Albani’s progeny, who resisted drawing the link between the need to behave in an Islamic way and the reasons for not doing so.

This became the debate between violent Salafis (or jihadists) and the non-violent ones (quietists), and the labels they used to attack one another are revealing of the sensitivities of each. Quietist Salafis almost universally refrain from referring to jihadists by their proper ideological designation as “Salafi-jihadists,” but rather use the term “takfiri” or “extremist,” referring to their singular focus on using takfir as a justification for wanton bloodletting. Quietist Salafis further argue that they too have principles of takfir and jihad, but that these are enshrined in a “methodology” — i.e. there is a time and a place for them. The names of early Islamic sects are also commonly invoked as labels for each group, but these are used strategically in a derogatory way and do not, as we saw earlier, reflect the actual theological positions on which each relies (examples include “Kharijites” for jihadists, and “Murji’ites” for quietists). In other words, their use is akin to how Westerners would freely use the “Fascist” label to describe any form of bigotry, despite its frequently ahistorical use.

Political circumstances and pressures were far from irrelevant to when these esoteric debates took place. Indeed, here we would do well to remember that Salafis are people too, who, despite their ideological commitments, are not ignorant of the political circumstances around them — especially when that ideology is the basis for the biggest terrorist threat. This sensitivity to political circumstances was certainly on Albani’s mind when he first articulated the Salafi anti-violent position in Jordan during the 1990s — a country perennially attuned to political agitation. Albani himself was kicked out of the country in 1980 and had his students intercede on his behalf with King Hussein to finally admit him in 1981.

After the events of 9/11, Salafis who explicitly denounce jihadism do so with the clear aim of ensuring their own survival — evident, for example, in whom they target in their commentary, the ideological compromises they make, and the alliances they form. In Jordan, Albani’s students criticize journalists for what they believe are inaccurate associations of their ideology with violence. In Egypt, perhaps noting Sisi’s wide-ranging crackdown on journalists, Salafis continue to lament the “media campaigns” against them as their primary concern. Salafis have even competed in elections — a violation of one of their cardinal principles of rejecting modern institutions — since that, for them, was a mechanism of survival within the specific context of Egyptian politics under Sisi. Indeed, over the last year, Egypt’s Salafi Nour Party was able to navigate the country’s political turbulence by branding itself an ally of the state in combatting terrorism, rather than siding with their pro-Morsi Salafi counterparts in demanding Sisi’s ouster. In short, these examples demonstrate that the survival of Salafi groups within local political circumstances are just as much expressions of their pragmatic skills as they are of their ideological commitments. However, since their ideology is often used as justification for the decisions they make, one might also conclude that, just as with the divide between non-violent and violent Salafism at the end of the last century, the practical implications of Salafi ideology in the present century is equally conditioned by local contexts as it is by long-established theological concepts.

Returning to our present scenario, given this recent history of how and when violent and non-violent Salafis divided, are there lessons to be learned for our strategy in defeating the Islamic State? Salafi ideology — both that of the Islamic State as well as that of non-violent groups — is theologically sectarian and textually literalist. As we saw earlier, whether or not this incites to violence often has less to do with which theological concepts are being promoted than with when and where they are invoked. During its formative period in the 20th century, the pressures that made some groups speak out against violence were physical and not ideological ones. The key, then, seems to be eliminating the political opportunities to apply the Salafis’ sectarian worldview. What this means in practical terms is that defeating the Islamic State cannot be successful without making it clear to its adepts that their vision for society has no chance of becoming a battle cry, much less a functioning state. Indeed while it claims credibility on the basis of dogma, its popular appeal lies principally in its ability to deliver on services. Therefore, our strategy for stopping both the appeal of its ideology and the success of its state-building depends on our ability to physically disrupt their project by concurrently both adding pressures to it and rebuilding functioning institutions of governance, law enforcement and security for all citizens.