You are here: Home / Analysis / The return of the ‘New Qaeda’ 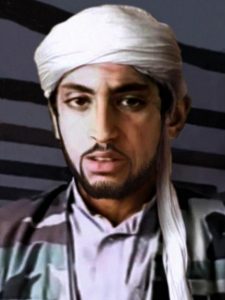 According to several security reports, the popularity of Hamza Bin Laden, the son of Osama Bin Laden, is increasing and some reports suggest that amongst followers of Al Qaeda, he is actually more popular than Al Zawahiri, like reported by jordantimes.com.

The gradual fall of Daesh in Syria and Iraq is likely to result in the growth of other groups in the terrorist scene.  We are already starting to see the appearance of a new generation of Al Qaeda. Daesh increased the brutality and global reach of the jihadi movement, so any group that steps into its shoes is likely to step up on both those factors suggesting we should expect devastating attacks in large cities in Europe and the US as new groups step into the void left by Daesh — likely to use similar tactics as Daesh, such as lone wolf attacks.

We may not see an immediate successor to Daesh, but with several indicators suggesting new groups infiltrating through, it is unlikely to take very long. Propaganda around the New Qaeda is likely to intensify in order to claim their place as the successor of the global jihadi movement.

With the recent decision of US President Donald Trump to move the US embassy to Jerusalem and recognise it as Israel’s capital, we could also see the New Qaeda enter the Israel-Palestine conflict. This is a particular risk given the recent failed attack in New York, demonstrating the capacity to operate on American soil with a Jewish target. The group behind that unsuccessful attack appears to be seizing the current inflamed situation and is likely to be used to gain more funding and followers.

The idea of a potential successor to Daesh is not new, many expect to see new groups coming out of the ashes soon enough, especially since the defeat of Daesh was focussed on the military aspect without necessarily addressing the socioeconomical or ideological aspects.

The most probably successor of the jihadi movement today is a new version of Al Qaeda, with Hamza Bin Laden emerging as a young, popular and capable leader who understands all the attraction and strengths of Daesh and ready to press these advantages across Al Qaeda network. If he is successful in growing the network, then we are likely to see a new phase of terrorist attacks in major Western cities, and he will use them as a way to raise his profile and announce the return of Al Qaeda with a new leader.