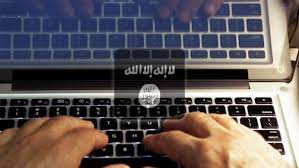 A few days ago, the Institute for Strategic Dialogue (ISD) published an informative new Briefing, entitled, The Propaganda Pipeline The ISIS Fuouaris Upload Network on Facebook, edited by Moustafa Ayad, ISD’s Deputy Director of International Technology, Communications and Education. The new investigation provides an in-depth analysis of the inner workings of a specific pro-Islamic State (ISIS) account network on Facebook, the so-called Fuouaris Network, providing a case study of the resilient network dynamics and technological loopholes that allowed a number of accounts to survive and prosper for over three months on the platform, like reported by eeradicalization.com.

In this respect, the fundamental research question informing the work is: In the last two years, Facebook’s transparency reporting shows the company detecting and deleting 99 per cent of terrorism-related posts — about 26 million pieces of content — before they were reported to the social network. What about the remaining one per cent?

The ISD investigation lasted 87 days and involved 288 pro-ISIS accounts. One third (90 accounts) were controlled by one user, named Luqmen Ben Tachafin, which comprised the core of the network.

Obviously, the Fuouaris Upload network and its followers across Facebook are not immune to takedowns and, over the ISD monitoring period (April 7- July 3, 2020) the Network lost 62 accounts.

What we should focus on, however, it is its ability to adapt, which guaranteed the survival of almost 30 auxiliary accounts that continue to challenge the platform security protocols and spread ISIS content online.

This research represents a crucial resource primarily thanks to the empirical analysis of six central tactics that these accounts use to survive.

Account Hijacking: a number of ISIS supporters manage to hijack accounts from other users, mainly using two applications that facilitate the intercepting of password reset text messages sent by the platform itself, thus exploiting a delicate security protocols’ weakness.

Link Sharing: it is mostly used within comment threads to share links to known jihadi sites and thus closely resemble sharing tactics used on encrypted platforms such as Telegram and Hoop.

Coordinated Raids: ISD researchers note that different networks of ISIS supporters on Facebook are capable of plotting and launching organized raids on other Facebook pages, including those of the U.S. Department of Defence, U.S. Army, and the U.S. Air Force Academy.

Gaming Text Analysis: used for instance by accounts that seek to evade text analysis moderation by using a “broken text” format in their posts, or specialized fonts.

The Fuouaris network’s members perceive themselves as a group of super-spreaders, determined “to flood” Facebook with ISIS content.

It is an extremely linguistically diverse network and, like other polyglot radical networks of accounts on Facebook, it has tailored its content to suit the COVID-19 pandemic reality. Most notably, many pages celebrate the kuffar death toll and celebrate “God’s smallest soldier”: the virus itself.

Interestingly, the ISD researchers note that, even though corona content does not play the primary role in the Fuouaris Upload network over the past two months, this kind of pandemic-related materials highlights a gap in the Facebook response to both extremist content and misinformation around the pandemic, as the two often go together.

As far as the polyglot nature of the Upload Network is concerned, researchers found that non-Arabic accounts seemed to be less heavily moderated than the Arabic ISIS accounts.

The Propaganda Pipeline represents one of the most interesting works on ISIS online support tactics of the last few years and a remarkably informative analysis aimed at investigating decentralized micro and macro-networks of terrorist support and seriously rethinking automated and manual moderation across Facebook and other platforms.