You are here: Home / Analysis / The power and the devil in social media 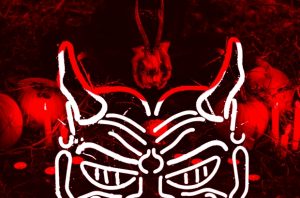 In the summer of 2014, a motley but brutally violent group of approximately 1,500 hardened terrorists/fighters fully armed (even swords) accomplished the impossible in military parlance, like reported by eurasiareview.com. They drove away four army divisions and armed police (fully trained and equipped by the US) from Mosul and most parts of Northern Iraq (and later Eastern Syria) and established the caliphate of ISIS ((ISIL/ISIS or Daesh in Arabic). This act is a classic case of the power of Social Media winning a war. How did this happen?

They were not quiet about it, but announced it to the world months in advance. This was no secret mission, but a well-orchestrated, choreographed information and psychological campaign with Social Media being the pivotal tool. Internet and social media novices, boosted by die-hard fans and amplified by an army of Twitter bots, WhatsApp and Facebook posts covered their march. They even created a smartphone app, so that jihadi fans following along at home could link their social media accounts in solidarity, boosting the invaders’ messages even further. By using the hashtag #AllEyesOnISIS they ensured that the message went viral and became the top-trending hashtag on Arabic Twitter. They delighted in showcasing their brutality, gruesome torture and execution of those who dared resist.

Their ‘shock and awe’ strategy achieved global coverage. ISIS took on the power of a non-kinetic artillery barrage, its thousands of messages spiraling out in front of the advancing force. It sowed terror, disunion, and defection. Sunni Youth copied the brutal acts of IS even before their arrival. Turks, Kurds, Sunni and Shia neighbors eyed each other with suspicion, and the Iraqi Army stood guard with fear even before IS arrival and wondered if they should fight or flee. Slowly the trickle became a flood as both the Iraqi Army and Police slipped away along with more than half a million civilians.

Slowly the ISIS ranks filled with eager volunteers from all over the world, as if drawn to a magnet. The IS succeeded in subverting the minds of all commanders and the local population psychologically, and used the internet as a weapon to carry out a blitzkrieg. Images and videos moved faster than the truth, and mix of religiosity and ultraviolence was horrifying to many; to some, however, it was intoxicating. Military and defence professionals talk of ‘cyber security and cyberwar’, but ironically, the IS had no real cyber capabilities but won an improbable victory. IS hadn’t hacked the network but hacked the information on it.

Influencing US presidential elections of 2016: The impact of President Trumps impromptu tweets sending his staff, diplomats and even other national leaders into a tizzy to the bemusement of the world are further examples.

Statistical Inputs
According to Internet World Stats , beginning 2020, out of an estimated world population of 7.796615710 billion, there are 4.5741 billion (58.7% world pop) internet users providing an extraordinary growth rate of 1,158% from 2000 to 2019. India alone has over 670 million net users (almost 50% of pop) and 25.1mn Facebook users. 65 percent of all mobile phone users will access the Internet from their mobile phone. There are over four billion global mobile internet users currently. E-commerce is valued at $3.6 bn globally and social media impacts it directly.

Contrary to the original vision of pioneers, internet has become a battlefield, and is not purely a harbinger of peace and understanding. It is also addictive, and ironically, in the IOT (internet of things), facts matter the least in the outcome/hits/influence but manipulation of facts using psychological, algorithmic analysis of people’s echo chambers, political and social leanings does. Facebook, Google and few other search engines and social media sites are the arbiters of information and become extremely powerful. While they may state that they simply provide a platform it is not so simplistic. Fake news is the order of the day, and with the advent of artificial intelligence virtually impossible to verify.

We live in a 24X7 multi polar (US, China, Russia, EU), multi-domain, world, where nations are dynamically cooperating, competing, confrontation and if necessary conflicting with one other in multiple domains, and adopting balancing to retain their strategic space (dynamically forming allied groupings and bilateral relations). The domains cover a vast spectrum ranging from geography, socio-politico-economic, resources, diplomatic, and security/military.

The military domain too has enhanced from the traditional land, sea, air to include non-kinetic (cyber, electro-magnetic spectrum, psychological, computer networks, information) and technology (nano, AI, robotics, big data, hyper-velocity weapon systems). It is a world of ‘persistent engagement’ between nations, groups and even individuals. Security too is seen through the same prism. But the most impactful, potent domain, with the widest spectrum of application is information and psychological where the medium of ‘Social Media” with its ubiquitous, powerful, effective presence forms the pivot of operations. That is not to say that warfare is less important, but now it becomes the final arbiter, and with advent of accurate weapons of mass destruction (even non-nuclear), it is preferred to achieve national aims and objectives without waging a kinetic and destructive war. As Sun Tsu says, ‘to subdue the enemy without fighting is the acme of skill”.

There has been a seismic change in the character of conflict. Today the warriors are not just soldiers but also bankers, scientists, journalists, hackers, and cyber warriors. As journalist David Patrikarakos notes, platforms like YouTube, Twitter and Facebook allow individuals to “resonate globally, with a power and reach once reserved for large media institutions or governments.”

Social Media, according to media experts PW Singer and Emerson has “become a battlefield where information itself is weaponized .” This makes the psychological dimension of conflict exceptionally complex and fast-changing. Most armed forces around the globe including the US (which was the first of the block) and India are grappling with how to set an aim/end state, plan, coordinate, fine-tune, prosecute timely, and institutionalise structures, develop and train manpower and use social media to prosecute information and psychological operations. It is an essential component of counter insurgency/terrorist operations, and ironically the terrorists seem to be winning the round. Social Media can also produce destructive and kinetic effects (terrorist recruitment and incidents, lynching’s, mass protests, coordinated stone throwing et al).

Social Media cannot be segmented into a military and civilian sphere in ways that we do traditionally. One cannot declare an exclusive Information Zone or even a “war zone” in information domain. It’s the best space for conducting grey zone operations, as attribution, intentions and even final impact are very difficult to discern. That makes calculating proportional responses problematic.

Through the weaponization of Social Media, the internet is changing war and politics, just as war and politics are changing the internet. Social Media has the power to paralyse/degrade Nations (including its people) capability and capacity to wage war and more importantly stay within the boundaries of adversarial Nations and its allies red lines for military retaliation.

Our immediate neighbors, specially China and its client Pakistan, are conducting a Social Media war against India as I write. Countering them is a challenge specially against opaque, digitally isolated China. In the spectrum of ‘no war, no peace’ military capabilities may not be an effective tool to deter a particular adversary’s action, making other instruments of power the primary deterrent, of which Social Media may well become the deciding constituent. One needs to add here, that there is a striking similarity on impact of Social Media in the corporate and civil world.

Social Media coupled with cyber warfare/interference can be game changers in security and economic domains. Their influence and potency can be gauged by the fact that Gen Alexander who was the Director of National Security Agency (NSA) and US Cyber Command when questioned during confirmation hearings by senators in the Congressional Committee about information and cyber war/operations responded ‘if America responded with force in cyberspace it would be in keeping with the rules of war and the “principles of military necessity, discrimination, and proportionality ”. There is talk of cyber and information deterrence, because in todays digitized world, a nation/corporate/group can be paralysed. The alarming part is that these can be operated and mastered by ANYBODY (nation or even individual), signals ambiguous attributability thus making specific proportionate response difficult. India like all big powers needs to counter this threat both institutionally, constantly and pro-actively.

In most nations, decision-making powers for regulating media is fairly centralized, with Governments making the final call when it comes to policies and regulations (can be perused online). Politicians naturally show a keen interest in news media regulation owing to the high degree of political ownership in the sector, ensuring that political and electoral logic shapes media regulation. Controlling, policing (even moral), censoring, managing Social Media is a very touchy issue since maintenance of freedom, thought and speech gets coupled. Apart from endorsing certain specific ‘RED LINES’ this issue is left for another day. A multi-layered, multi-ethnic, multi-lingual, multi-religious and diverse India with its geographical span can very easily spin into instability with adversaries’ Information and Psychological operations mainly through Social Media, and urgently needs to be countered.