You are here: Home / West Asia / The Pentagon is sending up to 100 more Marines to Afghanistan 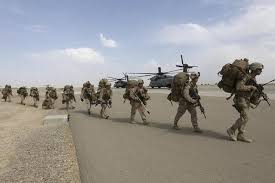 The Pentagon is sending up to 100 more Marines to Afghanistan to help shore up internal security for the current contingent of troops already there, like reported by businessinsider.com.au.

The Pentagon told Marine Times the number of Marines headed to the region will number less than 100.

The Marines are likely to come from 2nd Battalion, 7th Marines, a 29 Palms, California-based infantry unit currently serving as the ground combat element for the task force.

There are less than 10,000 NATO troops currently in Afghanistan, though the Trump administration has considered sending additional troops as part of a strategy change. The most recent assessment from the Institute for the Study of War, released in February 2016, shows the situation has been deteriorating, especially since troop levels were lowered significantly after 2011.

Of about 400 districts in Afghanistan, the Taliban controls, contests, or influences 171,according to the Special Inspector General for Afghanistan Reconstruction.