You are here: Home / Senza categoria / The next Daesh is coming to a news feed near you in 2018

After years of content creation, Daesh’s propaganda is starting to feel dated. New platforms will allow the speedy creation of bespoke, personalised adverts and messages, like reported by wired.co.uk 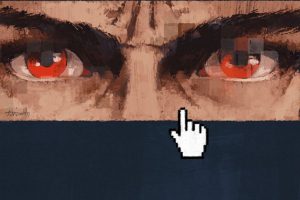 Blanketed by drones, surrounded by mountains and with Special Forces crawling in the foothills beyond, the town of Miran Shah was possibly the most watched place on Earth in the 00s. It was one of the few towns in Pakistan’s mountainous frontier province that had internet access, and was therefore a vital artery for al-Qaeda. Couriers would risk their lives attempting to upload grainy propaganda videos and download messages from al-Qaeda’s global network of operatives.

Those al-Qaeda couriers would envy the ease with which their Daesh counterparts can communicate today. Even in war-torn Syria, there are dozens of ways to get online. A decade ago, it would take al-Qaeda weeks or months to release a video, whereas a recent study by Quilliam, the counter-extremism think-tank, found that Daesh publishes around 35 unique pieces of content per day (dwarfing the output of many consumer brands). As Daesh emerged out of the remnants of al-Qaeda’s Iraq branch, dozens of digitally native recruits filled its ranks, producing professional-looking, polished videos. Its media professionals are part of a privileged professional class, with salaries roughly seven times that of the average Daesh fighter. Syria has become the world’s leading incubator for 21st-century propaganda.

Like all brands, Daesh’s propaganda and narrative is now beginning to feel dated. And it will inevitably be disrupted by a third global terrorist group. Let’s call it 3.0.

To understand how 3.0 may evolve, we need to explore the emerging technologies. Just as Daesh ruthlessly exploited Twitter, this next group will inevitably take propaganda to the next level by jumping on innovations in the digital space.

Among these is psychographic targeting, a form of bespoke advertising designed to appeal to an individual’s personal psychology and seen by many as the most powerful development in politics for decades. Psychographic targeting was used by US- and UK-based data-mining company Cambridge Analytica in support of the Trump presidential campaign in the US and the Leave side in the UK’s EU referendum, both in 2016. Millions of potential voters received personalised adverts designed to trigger emotive responses and push up turnouts. Within a few years, these capabilities will be available to the average user, as dozens of companies enter the psychographic targeting game.

A new global terrorist group will inevitably harness this technology in a bid to capture the hearts and minds of millions of potential sympathisers. Supercharged by artificial intelligence, new platforms will allow the speedy creation of bespoke, personalised adverts and messages. Simply upload your key messages and the platforms will create content uniquely tailored to each individual. The potential power of psychographic targeting for terrorist groups is significant.

The inevitable (and ironic) consequence of these developments is clear: power and influence will belong to world-class storytellers. Both al-Qaeda and Daesh excel at storytelling – communicating a narrative that inspires thousands around the world. By using artificial intelligence, psychographic data and billions of online posts, those who can lucidly package all of this data into a rich and compelling narrative will amass global political influence and power far greater than Daesh’s current reach.

The good news is that we are already starting to fight back. In the US, there is a small but growing community of researchers who understand the threat of hyper-charged psychological warfare. These people have lobbied the US government for more resources for what is known as “cognitive security”, highlighting that “in the future, researchers, governments, social platforms and private actors will be engaged in a continual arms race to influence – and protect from influence – large groups of users online”.

Today, drones are circling over another town: the Syrian city of Raqqa now finds itself at the centre of a global manhunt. In 2018, many of Daesh’s leaders will be killed or captured. From Tehran to Moscow and Washington DC, the victors will proclaim that evil has been defeated and peace has prevailed. But the reality is that many of Daesh’s youngest and most talented propagandists have already left the war zone. In today’s world, however, they are far more dangerous off the battlefield than on it.