You are here: Home / Mediterranean / The new ISIS threat: its soldiers are going home

Jordan and Tunisia have seen thousands of residents join ISIS. Now those fighters are returning, and the countries provide a portrait of the challenges ahead 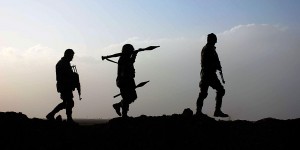 Mohammed could be Jordan’s biggest threat. For nearly three years, the 25-year-old has fought in Syria alongside the Al Qaeda-affiliated Jabhat al Nusra, then the Islamic State (IS, or ISIS). After months on the frontlines, Mohammed has a new plan: return home to Jordan, like reported by csmonitor.com.

“There are many of us who have become disillusioned with ISIS, who are injured, who are tired,” Mohammed, who is currently on the Syrian-Jordanian border awaiting entry, said through an encrypted messaging service.

“Soon, the state will have to accept us.”

As coalition and allied forces push through Mosul, Iraq, and close in on the Islamic State’s capital of Raqqa, Syria, Arab states are bracing what some are calling a “disaster”: waves of ISIS fighters returning back home.

Nowhere is the potential for disaster greater than in Jordan and Tunisia, which have seen more citizens leave to join the Islamic State than most other countries and which border Islamic State-held territory in Syria and Libya, respectively.

Prisons in these countries are overcrowded and seen as breeding grounds for greater radicalism. Imprisoning returning fighters could just make things worse in the long run.

Moreover, security services are overstretched as it is.

Jordan and Tunisia are looking to Europe for models in how to identify, detain, and rehabilitate a generation of jihadists who may bring the battlefield back home.

Between 5,000 to 6,000 Tunisians are fighting in Syria and Iraq, the highest of any single country. Meanwhile, 2,000 to 3,000 Jordanians are fighting for the Islamic State or Al Qaeda or one of their affiliates.

The dangers posed by these fighters are not speculative. A steady stream of fighters has already made its way back home.

In December, an attack in the southern Jordan city of Karak that left 10 dead was masterminded by a Jordanian who had returned from Syria. Three of the attackers had previously attempted to travel to Syria but were stopped by authorities.

In Tunisia, the Bardo museum attack, which killed 21 tourists in 2015, was plotted by a former Tunisian Islamic State member. Two of the attackers allegedly received training from the group while in Libya.

As of January, some 200 fighters are believed to have returned to Jordan, while Tunisian authorities announced in December that 800 fighters had returned to Tunisia from Libya, Iraq, and Syria.

Attacks have left citizens apprehensive over the fighters’ return. In December, Tunisians protested against the return of former Islamic State fighters, holding signs like “Close the doors to terrorism” in front of parliament. Here in Jordan, many know a son of a neighbor, colleague, or distant relative who has gone off to fight to Syria.

“It is better for them to die in Syria then to come back and ruin our homeland,” says Mohammed, a 45-year-old grocer in Amman, who says he knows of “several” families whose sons have travelled to Syria.

Nearly two months after the Karak attack, many Jordanians fear that underground cells are at work, and even seasoned security intelligence operatives who have successfully infiltrated terrorist cells in the past say they are at a loss as how to cope with the numbers today.

“We still don’t know, what do we do with all of them?” says one security official close to counterterrorism operations, who was not authorized to speak to the press.

In addressing the threat, Jordan tried to get ahead of the curve. In April 2014, months before the Islamic State conquered Mosul and established its self-declared caliphate, it passed legislation criminalizing travel to a conflict zone, funding terrorist organizations, receiving support from a terrorist group, or promoting terrorist ideology.

But Jordan’s judiciary has often had to settle for lesser charges such as travelling or attempting to travel to a conflict zone and promoting terrorist ideology, which are easily proven by social media and mobile phone history.

These crimes carry only five years in prison, however, with the sentence often commuted to 2-1/2 years when suspects enter a guilty plea.

That means the bulk of Jordanians imprisoned on terrorism charges in 2014 and 2015 are now set to be released.

In all likelihood, many will leave more radical than they went in. Sending terrorists to prison has tended not only to radicalize them further, but also to radicalize those incarcerated for lesser crimes. Jordan is lumping those who “like” pro-Islamic State propaganda on Facebook together with hardened militants.

“These prisons are not rehabilitation centers, they are ISIS universities,” says Abdul Kader al Khateeb, a defense attorney who represents jihadists.

“Rather than rooting out their ideology, they are indoctrinating hundreds in prisons as hardened extremists. It is a time bomb,” says Mr. Khateeb

Tunisia, too, faces its own “legal crisis.”

Counterterrorism judges have found themselves overwhelmed by their caseloads. More than 2,200 cases were referred to the counterterrorism judicial division in 2016, with many of the claims turning out to be ordinary criminal cases, Tunisian judges say.

And as in Jordan, hard evidence is difficult to find. Judges are often forced to hand down two- to five-year sentences for returning fighters. Many suspects are not convicted at all.

And as in Jordan, Tunisia has been unable to separate its 1,000 terror convicts from those detained on lesser charges. Prisons are at 150 percent capacity, largely because the vast majority of the 22,000 Tunisians in prison are in pretrial detention, spending up to 18 months waiting for the overworked courts to hear their case.

“There are increased risks of radicalization in overcrowded prisons as Tunisian authorities have proven themselves unable to control the situation,” says Amna Guellali, Tunisia country director for Human Rights Watch.

“They are mixing together low-level offenders with those who alleged to have participated in terrorism. This increases exposure to radicalizations and criminality for those convicted of crimes as small as smoking a joint.”

Mohammed Zorgui, who was once radicalized in Tunisia’s prisons, is one of many activists pushing for urgent prison reform.

“All it takes is a group of five to radicalize hundreds,” Mr. Zorgui said.

“If we don’t provide licensed imams to show the true path of Islam, if we don’t increase prison staff, thousands will go down the extremist path.”

Due to the limits of the law, Jordan and Tunisia are looking to the “extraordinary” measures European states have taken – often raising human rights concerns.

The security measures, passed through antiterror laws or states of emergency, grant the executive authority to detain, monitor, and even revoke citizenship of terror suspects and convicts.

One of the most sweeping examples is Britain’s Terrorism Prevention and Investigation Measures (TPims). For a two-year period, suspected terrorists and recently-released convicts are subject to “electronic tagging,” must report to the police regularly, are banned from overseas travel, are required to reside in registered homes, and are banned from specific public areas to prevent the radicalization of others.

France has carried out similar measures after declaring a state of emergency following the 2015 Bataclan attacks. Emergency powers allow the minister of Interior or security services to place under house arrest any individual deemed a security threat and to conduct warrantless searches.

The most severe administrative measures, perhaps, are in Australia, where the federal government now has the power to detain terror convicts after their prison term ends for an additional three years – renewable annually and indefinitely.

Tunisia and Jordan are watching and considering similar rules to deal with returning fighters.

“We want to look into ways that, after five years, we have the legal ability to monitor, stop, or punish those who leave jail on terrorism charges,” says Mohammed Momani, a Jordanian government spokesman.

A proposed new bylaw would grant the governor the power to renew the detention of a terror convict past his prison term or place a citizen under house arrest. It would also allow the governor to require returning fighters and terror convicts to check in regularly at the local police station and to get authorization to change residence, work, leave the country, or even make financial transactions.

Tunisian officials are considering stripping terror suspects of their right to travel within the country, work, or make financial transactions – leaving them under de facto house arrest.

“Tunisian citizens suspected of terrorism will only have citizenship in name,” said Tunisian official close to the interior ministry.

The challenges of rehabilitation

The greater challenge, however, is rehabilitation and reintegration, and the biggest barrier is money.

Europe has tried a variety of approaches, from a program that offers former fighters psychological support, counseling, and education in Denmark to Britain’s CHANNEL program, which isolates former terrorists in a general population of nonjihadists, cutting them off from sources of radicalization.

But they all are expensive, and Jordan and Tunisia face growing budget deficits. For both countries, rehabilitation and reintegration is not a priority.

Jordan does run a modest one-month deradicalization program, which links terror convicts with psychiatrists, sociologists, and clerics. But European diplomats who have extensive knowledge of the program say it is “inadequate.”

Punishment is the simpler option.

“Putting someone away for two years or five years and hoping the problem goes away is an option many governments go for because it is easier, it is cheaper, and you can say to the public they are safer,” says David Wells, a counterterrorism expert in Britain.

But that is not sufficient, experts say.

“The whole idea of deterrence [through] long prison sentences – there is extensive evidence to show that it is does not help,” says Eva Entenmann, a research fellow and program manager at International Center for Counter-Terrorism at the Hague.

“If you look at a terrorist who might be happy to die for a cause, why would a prison sentence of 20 years deter a person?”

For Ahmed, a Tunisian who recently returned from an Islamic State training camps, the key is hope.