You are here: Home / Analysis / The new leader of the Taliban: Mullah Mawlawi Haibatullah Akhundzada 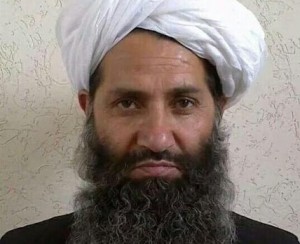 Mawlawi Haibatullah Akhundzada is the new emir (leader) of the Taliban, successor to Mullah Akhtar Mohammad Mansour. Akhundzada’s appointment to the position was announced by the Taliban’s senior leadership on May 25, 2016, following the death of Mansour in a U.S. drone strike in southwestern Pakistan on May 21, 2016.

Before rising to the position of emir, Akhundzada had served as a deputy leader to Mullah Mansour. He was considered a key cleric and spiritual guide within the Taliban, but reportedly lacks any military experience.

Little else is publicly known about Akhunzada, other than that he was born in Afghanistan’s Kandahar province and comes from the Noorzai tribe.

Akhundzada’s relative anonymity has reportedly served as a factor in the Taliban’s decision to elevate him. Previously, many had assumed that more well-known figures, like Haqqani network leader Sirajuddin Haqqani, would succeed Mullah Mansour.

Akhundzada, on the other hand, may have been seen by the Taliban leadership as a significantly less public and controversial choice than Haqqani, both major assets as the group seeks to shield its leadership from detection by authorities, as well as retain control over its internal factions.