You are here: Home / Senza categoria / The lesson of Colombia’s demobilization of FARC can help us work against ISIS 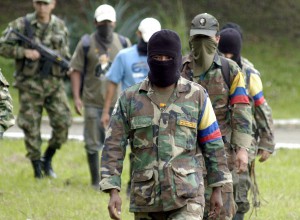 Various ideas have been put forward about how to counter the narrative and virulent ideology of the Islamic State. However, most of these strategies miss a crucial point: the importance of encouraging current ISIS members to demobilize. The anti-ISIS coalition can benefit from looking at — and applying the lessons of — the experience of the Colombian government’s campaign to demobilize the Revolutionary Armed Forces of Colombia.

Colombia’s war with FARC insurgents that has claimed the lives of over 200,000 people and displaced over 6 million more over the past 60 years. Recently, in part through an effective demobilization campaign the Colombian government was able to reduce the FARC’s numbers to around 7,000 from a force of roughly 20,000 just over a decade ago. As a result, the organization’s leaders were forced to come to the negotiating table. The demobilization campaign — led by the Colombian Ministry of Defense (MOD) and a private sector advertising agency — was so successful that during peace talks in 2015 the FARC demanded it be ceased as a precondition for negotiations. The counter-ISIS coalition should apply lessons from Bogota’s experience to the ongoing conflict in Syria and Iraq in order to demobilize the lower ranks of ISIS and demoralize its leadership.

Bogota’s demobilization campaign was driven by the fundamental recognition that guerrillas, like anyone else, share a universal desire for freedom. Through interviews with FARC defectors, the campaigners found out that guerrilla fighters are “as much prisoners of their organization as [their] hostages.” In 2010, they launched Operation Christmas after noticing that peaks of demobilization occurred around Christmas. They strung motion-detecting Christmas lights on trees along strategic paths in heavily FARC-dominated areas. In an effort to exploit FARC members’ feelings of nostalgia during Christmas, signs were placed on each tree that read, “If Christmas can come to the jungle, you too can come home. Demobilize. At Christmas, everything is possible.” The operation led to the demobilization of 331 FARC fighters, a 30 percent increase compared to the year before. A separate campaign used nationally televised commercials aired during soccer games watched by FARC members (along with dropping soccer balls with anti-recruitment messages into FARC controlled areas) to encourage demobilization; this campaign helped to demobilize 588 guerrillas.

The campaigners also focused on reassuring guerrillas of acceptance upon defection from the FARC. In 2013, mothers of FARC fighters provided images of their children that were enlarged and accompanied by the message, “Before being a guerrilla, you are my son.” The pictures were plastered on walls near areas of fighting, hung on trees in the jungle, and distributed in nearby villages. Mothers also made appeals to their children in a televised commercial to return home. Combined, these campaigns  focused on appealing to fighters love and longing for former friends, family, sports, and holidays — helped demobilize 17,000 FARC fighters over an eight year period.

A similar campaign should be used in Iraq and Syria, where the number of ISIS foreign fighters has risen from 12,000 in June 2014 to about 30,000 by December 2015. Roughly 20-30 percent of the Europeans and Americans who form ISIS’ cadre of foreign fighters have returned — although in many cases, their reasons for returning remain unknown. In recent interviews with almost 60 ISIS defectors, one universally shared feeling was outrage over ISIS violence against Sunni Muslims; according to one British defector, inside the Islamic State “Muslims are fighting Muslims. Assad has been forgotten about. The whole jihad was turned upside down.” Defectors also left ISIS because the group failed to deliver promised glory. They reported that most days inside the Islamic State were dull. In some cases, new recruits defected when they discovered that their first mission was going to be a suicide bombing. Other defectors were dissatisfied with ISIS’s system of justice. In Mosul in 2015, ISIS executed 13 teenage Iraqi football fans for watching a soccer match. Last year, ISIS’ Preaching Office banned — and later burned large quantities — of cigarettes and Shisha. Some stories from FARC and ISIS defectors reflect remarkably similar sentiments and frustrations, especially both organizations’ propensity to exercise full control of male-female relations among their members.

A paradigm shift is needed in the way that current communications operations are conducted against ISIS. The current model focuses on amplifying “moderate voices.” However, the promotion of moderate Islam is unlikely to have much influence on young rank-and-file ISIS members who join the group for glory and esteem. Instead, a demobilization campaign should appeal to the emotions and sentiments that drive recruits to join ISIS in the first place, as well as feelings of dissatisfaction and nostalgia that emerge after fighters join the group. Much like the anti-FARC demobilization campaign, the anti-ISIS demobilization campaign should spark in the minds of current ISIS members’ memories of what they left behind — family, friends, and freedom — and expose abuses and hypocrisies by the leadership.

The demobilization campaign should be carried out in partnership with local organizations. Groups like Raqqa is Being Slaughtered Silently effectively document ISIS abuse of civilians in Raqqa. RBSS’ use of social media to report on ISIS’ hypocrisies and atrocities poses a clear threat to ISIS’ propaganda machine. ISIS recognizes this; it has killed a number of RBSS members in the past four months in both Turkey and Syria. A demobilization campaign should leverage the influence of groups like RBSS — both on the ground and on social media — to disseminate messages promoting demobilization. As in Colombia, families of ISIS foreign fighters can also help by broadcasting messages and images through social media accounts like that of RBSS calling on fighters to return home.

Efforts to demobilize ISIS members are only one element of the larger campaign. Resettlement and reintegration programs will be needed for ISIS defectors who speak out against the group, as well as certain legal protection. An effective demobilization campaign can and must be one of the starting points for hollowing out the rank-and-file of ISIS’ fighters and demoralizing its leadership.