You are here: Home / Analysis / The “last days” of the Islamic State 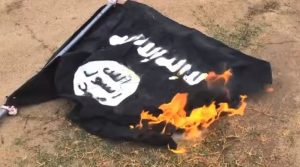 Three years after losing Mosul, Iraqi forces are methodically clearing Old Mosul of the so-called Islamic State, like reported by soufangroup.com.  The long campaign has been extremely costly, considering both the number of Iraqi civilians and the number of soldiers killed and wounded. While the U.S.-led coalition has added invaluable direct and indirect military assistance, the brunt of the three-year battle to defeat the Islamic State in cities and towns, from Ramadi, Tikrit, Bayji, and, finally, Mosul, has taken a huge toll. The cost of the Islamic State’s reign of terror is just beginning to be accurately tallied, and the damage will last generations.

The Syrian Democratic Forces (SDF) are now in the outskirts of Raqqa, the capital of the Islamic State’s self-proclaimed caliphate. The fall of Raqqa is inevitable; while it still has immense stores of weapons and explosives, the Islamic State has no chance of holding out against the determined and capable forces arrayed against it. The only question left is how brutal the fighting to take it will be, and what will happen to those who are left, as foreign fighters will have no future in any post-Islamic State environment, regardless of who takes charge.

That question of who will run Raqqa – and how – is now the most important question in the anti-Islamic State campaign. Mosul will be run by the Iraqi government, which will need to dramatically improve its performance to avoid losing it again in a few years. Governance in Raqqa however, presents a substantial challenge, with many variables and no clear answer. The Assad regime – and its Russian and Iranian backers – is not going to simply cede control of Raqqa to a U.S.-supported coalition. The Kurdish-dominated SDF has proven more than capable militarily, but, in terms of gaining and maintaining local support in Raqqa and elsewhere, it has struggled. Turkey will work to prevent SDF rule as much as if not harder than the Assad regime. The impending governance negotiations in Syria will make Iraq seem a paradise of simplicity in comparison.

As the Islamic State continues to lose ground, slowly but surely, the Syrian war will seem ever more evidently what it has always been: a war between the Assad regime and rebel groups, with stronger nations taking positions of support on either side. In Iraq, the humanitarian crises that the Islamic State has wrought will require immense sums of money and commitments to rebuilding that will challenge the international community. The entanglements in Syria by both regional and international powers, along with the continued presence of the Islamic State on the battlefield – even as it keeps losing military engagements – means humanitarian crises will worsen. These humanitarian crises highlight the extreme challenges still to come, even after the fighting ends, in both Syria and in Iraq.