You are here: Home / FakeNews / The Kremlin’s dream of internet sovereignty

The greatest challenges to government-sponsored disinformation campaigns are strong independent media and critical debates among members of civil society, like reported by euvsdisinfo.eu. 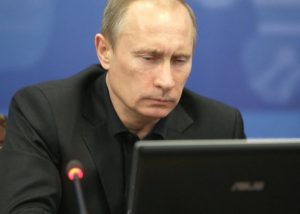 This is the conclusion that can be drawn from observing how Russian authorities crack down not only on independent media, but also on internet resources that can be used for discussing politics, such as social media platforms and online communication tools. Over the past week, two new initiatives surfaced in Russia, both of which put online free speech in Russia under additional pressure.

As reported by Moscow Times, Russia’s Parliament is now drafting new laws, which will substantially limit use of VPN services and other kinds of anonymising software and put an end to the opportunity of not revealing one’s identity when signing up for messenger services. Interestingly, if the laws are approved, Russia’s media and internet watchdog, Roskomnadzor, will have to change its views on these kinds of resources. A year and a half ago, Roskomnadzor director Alexander Zharov was quoted as saying that “it is technically possible to start blocking anonymizers, but I consider it absolutely pointless. New ones will pop up to replace the ones we block.” Experts quoted by Moscow Times side with Roskomnadzor’s previous line, calling the new legislative initiatives “incompetent, unimplementable laws”

These new initiatives against anonymising services coincide with last week’s standoff between Roskomnadzor and the encrypted communication tool Telegram. Telegram’s management has ignored requests from Russian authorities to get access to keys that will give them access to surveillance of Telegram users’ communication. This Monday, Russian authorities heightened the stakes when, FSB, the national security service, published a statement saying that Telegram was used by the terrorists behind the bomb attack in St. Petersburg’s metro in April.

While these latest developments make the corridor of alternatives to state-backed propaganda and disinformation in Russia even narrower, they can come as no surprise to the readers of the Disinformation Review. As we underlined in January and in December, this policy rhymes well with Russia’s “Information Security Doctrine”, which stipulates a wish to have Russia’s information space respected as a part of the country’s sovereignty, on a par with a country’s right to have its territorial integrity respected.