You are here: Home / Europe / The Islamic terrorist who terrorized french prison guards

There are hundreds of jihadis and sympathizers in French prisons, and one of them—wanted in the U.S. as an old buddy of Bin Laden—provoked a crisis… 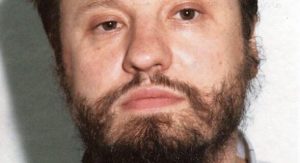 What could go wrong when an aging German jihadist in a French prison—a man once called one of the most important European al Qaeda figures alive—gets some bad news and throws a temper tantrum, attacking three guards?

Thanks to Christian Ganczarski, the high-profile but mysterious 51-year-old prisoner nicknamed the “German General” by his old pals in al Qaeda, the 28,000 prison guards who work at France’s more than 130 penal institutions went on a bitter and violent strike for better security conditions. Citing the rise of jihadist and radicalized inmates they blockaded penitentiaries, cutting off access entirely in some cases.

France’s prisons include about 500 people charged with terrorism activities, and about 1,200 inmates are identified as having extremist views. Many of them are due to be released from prison soon.

Attacks by jihadists in France over the past three years have left 240 people dead. Some of them, like Cherif Kouachi, one of the gunmen who attacked the satirical magazine Charlie Hebdo in January 2015, and his friend Ahmed Coulibaly, who killed four people at a Jewish supermarket four days later, were radicalized in the French prison system.

The results of de-radicalization programs aimed at stopping Islamists from converting other inmates have been mixed to weak at best as guards have been increasingly attacked by prisoners thought to be Islamist.

During the strike, which ended over the weekend, the prison blockade was so bad that guards placed huge barricades of tires and wooden pallets blocking the entrance to the notorious Fleury-Mérogis prison south of Paris, the biggest in Europe, and went to work hooded at the penitentiary in Beziers to avoid being identified.

Two weeks ago an accused murderess was two hours late to the first day of her trial because guards blocked her transfer from a prison outside Nice. Police had to intervene Wednesday to get Jawad Bendaoud from jail to a Paris courtroom where he’s on trial for housing two of the jihadists responsible for the November 2015 Bataclan attacks in Paris.

Although the discontent among prison guards has been growing for a long time, the proximate cause of the strike was Ganczarski, the Polish-born, German emigré-turned-convert-to-Islam inmate in a prison in northern France who flipped out and attacked three guards on Jan. 11 with scissors and a razor blade when he found out his release date of Jan. 24 might be seriously compromised.

The director of the prison at Vendin-le-Vieil told him that the United States had unsealed an indictment seeking his extradition to New York (PDF). Ganczarski snapped and took down the French prison system with him.

Ganczarski, a father of five, including a 4-month-old baby born from his second marriage to a French-Algerian woman while incarcerated, had been looking forward to his release from prison on Jan. 24 after a 15-year sentence in prison in France for his role in an attack on a synagogue in Djerba, Tunisia, in 2002 that killed 21 people.

Instead, Ganczarski, who emigrated to Germany with his family when he was a child, was publicly charged with “conspiracy to kill United States nationals” the U.S. Attorney’s Office in the Southern District of New York said, according to a press release issued Jan. 17.

“Today we publicly announce charges against Ganczarski alleging that he participated in the planning of plots to kill Americans with high-level al Qaeda terrorists.” Those included Osama bin Laden and Khalid Sheikh Mohammed, among others.

NYPD Commissioner James O’Neill said in the release that Ganczarski had allegedly “rubbed shoulders with Osama Bin Laden and the men who planned and executed plots from the bombing of U.S. embassies in East Africa that killed 225 people, to the 9-11 attacks that cost 3,000 lives, most of them here in New York City.”

Ganczarski’s Paris attorney, Sebastian Bono, told The Daily Beast that the indictment came as a “total surprise” for both him and Ganczarski, who has been his client ever since he was arrested in France in 2003. Ganczarski has steadfastly denied all charges against him and Bono said the U.S. indictment of him made no sense as a French judge had not found him guilty of conspiring against Americans.

“As a result he went into a total blackout and acted out on the guards,” Bono said. “He’s already apologized. He’s not a monster. He was very depressed and stressed when he got this news, just as he was about to be freed.”

Ironically, Bono said, Ganczarski has no role in radicalizing younger inmates at his prison as he speaks very little French and has relaxed some of his more hard-core Islamist views during his incarceration. Bono said he has only ever spoken in English to Ganczarski.

Ganczarski’s role in al Qaeda was first reported in 2002 when German investigators reported that the driver whose truck exploded at the Tunisian synagogue phoned Duisburg, Germany, and spoke to a man identified as “Ibrahim”—thought to be Ganczarski—to get his “blessing.”

Bono said he believes that German guilt is the reason why the U.S. is going after Ganczarski now. “Germany decided they didn’t have reason to prosecute him but German intelligence felt guilty afterwards because they knew so much about the Sept. 11 attacks that were organized in Hamburg,” he said. “They let the U.S. intimidate them into feeling guilty.”

Ganczarski, who faces life in prison if he is extradited to the U.S. to face charges, is believed to have traveled from Germany to Pakistan and Afghanistan at least five times between 1999 and 2001, according to prosecutors. They say he developed “personal relationships” with al Qaeda leaders including bin Laden and lived with them for a while in a fortified compound in Afghanistan.

He reportedly provided al Qaeda with electronic equipment and attended a speech given by bin Laden in January 2000. Prosecutors say Ganczarski sat in the front row with the son of an al Qaeda leader on his lap. He is believed to have returned to Germany from his last trip nine days before the 9/11 attacks.

Ganczarski was arrested thanks to an unusual collaboration between the CIA and French intelligence code-named “Alliance Base” and first reported by The Washington Post in 2005.

Ganczarski was living and studying in Riyadh, Saudi Arabia, with his family on an expired pilgrim visa when the Saudi government abruptly deported him back to Germany—but with a change of planes in Paris.

Ganczarski, the Post reported, was clueless that he was being secretly escorted by an undercover officer sitting behind him and that a senior CIA officer was waiting at the end of the jetway in Paris to whisk him into custody.

President Emmanuel Macron has called the prison overcrowding “disgraceful” and plans to build space for another 15,000 inmates and switch to alternative methods of incarceration.

On Friday, the biggest union representing French prison guards said it had reached “in principle” an agreement to end the blockade after Justice Minister Nicole Belloubet said the new spaces would include “sealed” facilities to house radicalized prisoners who are suspected of “proselytizing” and that the government would hire more guards, give them all a modest pay raise and better safety equipment.