You are here: Home / Mediterranean / The Islamic State’s varying fortunes in North Africa 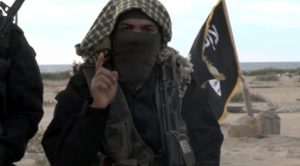 The jihadist group that calls itself the Islamic State has increasingly set its sights on expanding into North Africa. The eighth issue of the group’s English-language magazine Dabiq was suggestively titled “Shari’ah Alone Will Rule Africa,” with the cover displaying a photograph of the Great Mosque in the Tunisian city of Kairouan. This signaling left no room for doubt about the Islamic State’s designs on the region.

The Islamic State has devoted considerable resources to its expansion, whether through mergers and acquisitions with existing jihadist groups or by encouraging splinter groups and defections from rival jihadist entities. Several reasons exist for the Islamic State to expand its territorial holdings outside of Syria and Iraq. First, expansion serves its propaganda needs, as it blunts any territorial losses that the group may experience in Syria and Iraq, and allows the Islamic State to maintain the image of momentum and strength that is so integral to its recruitment strategy.

Second, expansion improves the group’s resilience. Just as al-Qaeda’s affiliate strategy has complicated U.S. counterterrorism efforts, the Islamic State’s movement into new arenas allows the group to withstand counter-network operations against one of its nodes. Abu Arhim al-Libi, an Islamic State propagandist, acknowledged this in a long analytical piece posted in January 2015 discussing the group’s expansion into Libya. Al-Libi noted that “the strategic location of Libya means that it could relieve the pressure being felt by the State of the Caliphate in Iraq and ash-Sham.” Third, the Islamic State’s expansion into North Africa and other arenas legitimizes the group’s claim to be a caliphate. Its defining and most appealing characteristic (to jihadists) is its control over, and governance of, territory. This is evidenced by the group’s slogan, baqiya wa tatamaddad, or remaining and expanding. Fourth, expansion into new theaters strengthens the Islamic State’s hand against al-Qaeda in the competition for leadership of the transnational jihadist movement. With every new gain, the Islamic State reinforces the perception that it is ascendant while al-Qaeda stagnates and declines.

North Africa is among the most promising theaters for the Islamic State’s expansion, with an appealing location at the crossroads between Europe, the Sahel, and the Middle East. The group could potentially use the region as a springboard for further expansion into Africa and a staging ground for attacks in Europe. Several specific conditions in North Africa are favorable to the Islamic State. First, North Africa is home to a number of regional jihadist organizations that the group can try to recruit into its orbit. Much of the Islamic State’s growth outside the Syria-Iraq theater has come as a result of the self-declared caliphate’s ability to convince other jihadist groups, including Nigeria’s Boko Haram and Egypt’s Ansar Bayt al-Maqdis, to enter its network.

Second, the civil conflict in Libya and deterioration of state institutions has provided the Islamic State an opportunity to establish a foothold. Civil conflict often benefits violent and extreme actors, and the Libyan civil war has been particularly conducive to the Islamic State’s growth because the country’s two competing governments have focused their military resources on one another, and have largely turned a blind eye to the Islamic State unless provoked. Because of this permissive environment, the Islamic State has begun to conceive of Libya as an alternative destination to Syria and Iraq for its foreign fighters: A recent article in Dabiq remarks that “Libya has become an ideal land of hijrah for those who find difficulty making their ways to Sham, particularly those of our brothers and sisters in Africa.”

Third, the Islamic State can capitalize on the post-Arab Spring flow of weapons and growth of ungoverned and weakly-governed spaces. For example, during the rebellion against Libyan dictator Muammar Qaddafi in 2011, large amounts of high-caliber weaponry were removed from Qaddafi’s arsenals, resulting in a proliferation of weapons throughout the region. Many of these looted arms made their way into the hands of militant groups. Moreover, post-revolutionary governments in Libya and Tunisia have struggled to project power over the entirety of their territories. Both of these trends benefit the Islamic State.

The Islamic State’s growth has been particularly worrisome in Libya, with its toxic blend of civil conflict and weak governance. The group was never as militarily strong there as some observers believed — a fact underscored by the deep setbacks it has recently experienced in Derna — but the group has made real advances, and Libya is the Islamic State’s most significant foothold outside of Iraq and Syria. The Islamic State also may experience a surge of support in Tunisia, as the vast majority of the approximately 3,000 Tunisian foreign fighters who traveled to the Syria-Iraq theater fought with the group. Though the top-tier leaders of major Tunisian jihadist organizations are loyal to al-Qaeda, the fact that so much sympathy for the Islamic State exists at the foot soldier level makes the group’s growth in the country likely. But while the Islamic State is in a strong position in Tunisia and Libya, it is not faring well in Algeria, where recent counterterrorism operations dealt the group a significant blow. Absent major defections from other jihadist organizations, it will take the Islamic State some time to reestablish a foothold in that country. Let’s look more closely at this proto-Caliphate’s expansion into Libya, Tunisia, and Algeria.

Background on the Islamic State’s Expansion into Libya

The Islamic State’s growth in Libya is an indirect outcome of the toppling of Qaddafi and the ensuing collapse of what remained of the Libyan state, as well as the participation of many Libyan volunteers in the Syrian civil war. In the early years of that war, hundreds of Libyan citizens joined Sunni militant groups fighting Bashar al-Assad’s regime. The Islamic State, then limited to Syria and Iraq, recruited directly from Libya. For example, Turki al-Binali, now one of the Islamic State’s most prominent religious scholars, traveled to the city of Sirte as early as June 2013 to recruit Libyans.

In 2012, a group of Libyan foreign fighters in Syria established the al-Battar Brigade, and in the spring of 2014, hundreds of al-Battar fighters began to return to Derna. Upon their return, these fighters established the Islamic Youth Shura Council (IYSC), which immediately began recruiting other Libyans to join the Islamic State, targeting secular activists and other opponents for assassination, and imposing sharia in areas it controlled. IYSC’s entrance into Derna was not well-received by Derna’s already established militant groups, including the Abu Salim Martyrs Brigade.

IYSC solidified its ties with the Islamic State in September 2014, when two emissaries from the group in Syria, Abu al-Bara al-Azdi and Abu Habib al-Jazrawi, traveled to Derna to secure IYSC’s pledges of allegiance to the self-proclaimed caliph, Abu Bakr al-Baghdadi. In early October, a group of IYSC militants publicly pledged allegiance to Baghdadi, and announced that the territory held by the group would be known as Wilayat Barqa (the province of Barqa). A larger ceremony to announce the Islamic State’s expansion into Derna was held in November. At around the same time, Libyan militants announced that the Islamic State had divided Libya into three provinces: Fezzan (southern Libya), Tripolitania (the ancient province encompassing Tripoli and western Libya), and Barqa.

The relationship between the Islamic State in Libya and the organization’s senior leadership in Syria and Iraq was formalized in November 2014, when Baghdadi released an audio statement accepting the pledges of allegiance from Libya. For several months, the Barqa Province was the only noticeably active caliphate cadre in Libya, a situation that changed in January 2015 when fighters from the Islamic State’s Tripolitania Province carried out a high-profile attack against the Corinthia luxury hotel in Tripoli. The Tripolitania Province continued to make headlines in February 2015 with the gruesome beheading of 21 Egyptian Christians seized from the town of Sirte. The group also captured several buildings in Sirte in February, the first time it had taken territory outside of Derna. Sirte remains contested, with the Islamic State facing off against forces from the Libyan Dawn faction for control of the city. However, the organization has recently experienced a complete reversal in Derna, as we discuss below.

The Islamic State’s Structure and Strength in Libya

The Islamic State has developed a hierarchical leadership structure in Libya that resembles the group’s organizational structure in Syria and Iraq. The organization’s top officials in the country are non-Libyans. Most of them were dispatched to Libya by the Islamic State’s central command, thus giving the group’s leadership in Syria and Iraq the opportunity to maintain some degree of command and control over its Libyan affiliate.

The aforementioned Turki al-Binali, a Bahraini national, is believed to be the leader of the group’s North African “provinces.” Al-Binali has spent significant time recruiting in Libya in recent years. Below him on the organizational chart is Abu Nabil al-Anbari, who likely serves as the Islamic State’s top commander in Libya. Al-Anbari is, as his name suggests, an Iraqi who previously fought with al-Qaeda in Iraq, and served time in Abu Ghraib prison in the early years of Iraq’s Sunni insurgency. Some news reports claim that al-Anbari was imprisoned with Abu Bakr al-Baghdadi, suggesting that he has deep and longstanding ties to the Islamic State’s leadership. Before serving as a commander in Libya, al-Anbari was the Islamic State’s emir in the strategic Salahuddin province in Iraq.

Below al-Anbari, the Islamic State has appointed commanders for its three administrative provinces in Libya. Abu Talha al-Tunisi is believed to be the emir of Tripolitania province, while Abu al-Bara al-Azdi serves as the emir of Derna. The aforementioned Abu Habib al-Jazrawi also has a high-ranking position in Derna. The identity of the emir of the Islamic State’s Fezzan province is unknown.