You are here: Home / West Asia / The Islamic State’s prospects in Pakistan 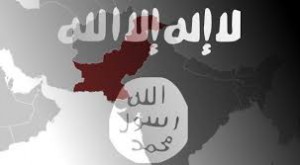 • The March 27 Islamic State suicide bombing of a park in Lahore has raised fears about the group’s growing influence in Pakistan
• Inspired by Islamic State successes in the Middle East, veteran militants formed ‘Wilayet Khorasan’ in 2014
• There is a growing trend of sympathy and support for the Islamic State among Pakistan’s urban middle class
• Pakistan was not willing to acknowledge the Islamic State’s influence until December 2015, when it arrested eight in connection with an earlier bus attack in Karachi—it remains unclear what additional steps the government and military will take to counter the group.

The March 27 bombing of a popular park in Lahore, Pakistan’s second-largest city and cultural capital, has sparked fears (http://soufangroup.com/tsg-intelbrief-the-soft-targets-of-terror/)  about the changing character of militancy in the country and across the subcontinent—including the influence of the so-called Islamic State (http://soufangroup.com/wp-content/uploads/2014/10/TSG-The-Islamic-State-Nov14.pdf) . The attack killed at least 72, devastating a nation that had seemed to be reining in its militants, as well as deepening fears of regional violent extremist groups moving into the Islamic State sphere (http://soufangroup.com/tsg-intelbrief-the-many-states-of-the-islamic-state/) . The perpetrator of the attack, Jamaat ul-Ahrar (JuA), is a particularly brutal faction spun off from the loose coalition of violent extremist groups operating in Pakistan since around 2007, known as the Tehreek-e-Taliban Pakistan (TTP). Shortly after its 2014 formation, JuA declared
affiliation with the Islamic State, only to revise its position in early 2015 by pledging allegiance to the Afghan Taliban.

In Pakistan, the Islamic State is at a disadvantage in competing for influence and recruits in the frontier areas and in the heartland of Punjab, but it poses a more significant threat in urban areas. Pakistan’s violent extremist landscape is founded upon Deobandi extremism (with an anti-Shi’a bent) that emerged with both charity and militant wings in the 1980s, which is perpetuated by groups such as Sipah-e-Sahaba Pakistan and its descendant, Lashkar-e-Jhangvi (LeJ), as well as anti-India groups such as Lashkar-e-Taiba (http://soufangroup.com/tsg-intelbrief-when-terrorists-assault-cities/)  and Jaish-e-Mohammed. The tenacity of the Afghan Taliban allowed TTP to emerge as an affiliate in 2007 and serve as the coalition of these Deobandi groups as they would rise and fall. However, the demise of the charismatic leaders (http://soufangroup.com/tsg-intelbrief-the-death-of-mullah-omar/)  of both the Afghan Taliban and TTP in 2014 and 2015 provided a window for the Islamic State
to recruit influential commanders from within those ranks. The Islamic State largely failed to do so, and support for the Afghan Taliban, and to a lesser extent the TTP coalition, has reconsolidated.

In mid-2014, following a lethal raid on Karachi’s airport by TTP and IMU, Pakistan launched a military operation to root out militancy in its tribal agencies. While analysts skeptically noted Pakistan’s longtime distinction between ‘good’ and ‘bad’ Taliban—those militant groups it could influence to wreak havoc in Afghanistan or India, and those it could not—according to official figures, Pakistan has been able to eradicate nearly 3,500 militants and degrade certain elements of their strategic infrastructure. In December 2014, TTP attacked an army-run school (http://soufangroup.com/pakistan-taliban-desperation-and-atrocity/)  in Peshawar, prompting an additional crackdown and the adoption of a vague ‘National Action Plan’ from both the government and the military. However, while militancy appeared to be on the wane in 2015, most observers found this to be uncorrelated with the government’s policy.

In the midst of this anti-terror activity in 2014 and 2015, Pakistan had been unwilling to acknowledge the Islamic State as a serious presence within its borders. But in December, after intensifying pressure following the May 2015 attack on a bus in Karachi that killed 46, Pakistan arrested 8 members of Wilayet Khorasan, and announced increased vigilance against the Islamic State. After the March Lahore bombing, Pakistan initiated an unprecedented crackdown in its Punjabi heartland. However, it appears that the government remains ill equipped to combat an aggressive Islamic State recruitment campaign in its urban centers. If these security shortcomings persist, Pakistan will likely experience more Islamic State activity in the near future.