You are here: Home / Analysis / The Islamic State’s increasing focus on India 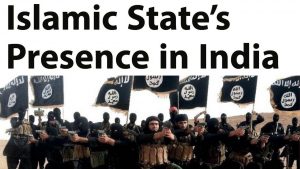 On March 25, a lone terrorist affiliated with Islamic State Khorasan Province (ISKP) carried out an attack on a Sikh place of worship, the Gurudwara Har Rai Sahib, in Kabul, Afghanistan killing 25 worshipers. Some reports mentioned the presence of three attackers, including suicide bombers, in an attack that lasted for hours holding some 80 people hostage. The terrorist behind the Kabul gurudwara attack has been identified as Abu Khalid al-Hindi (real name Mohammed Mohsin) from the Indian state of Kerala. A statement by the Islamic State’s (IS) Amaq media claims the attack was “revenge for the Muslims in Kashmir” who were facing alleged atrocities at the hands of the Indian government, like reported by thediplomat.com.

The recent attack, scattered violence in Jammu and Kashmir (J&K), and recent propaganda directed toward Indian Muslims suggest a reorientation of IS strategy in an attempt to garner support by capitalizing on recent incidents of civil unrest in India. IS has always thrived on polarization between religious groups and social chaos for its activities and recruitment, and India is no exception.

This was the second ISKP attack on Afghanistan’s minority Sikh community after the 2018 suicide bombing of a convoy of Hindus and Sikhs in Jalalabad, Nangarhar province, which killed 19 people. Attacking non-Muslims such as Sikhs — and even Muslims that do not adhere to its Salafi leanings, such as Shias — is a hallmark of IS ideology.

The latest attack comes at a time when ISKP has been reportedly defeated in Afghanistan by U.S., Afghan, and Taliban forces, with the group restricted to small pockets of Kunar province in eastern Afghanistan and numbering some 2,000 fighters. However, ISKP has managed to survive and indeed carried out a significant number of attacks this year in Afghanistan, especially after the signing of the U.S.-Taliban peace agreement, presumably to derail the peace process. The recent surge in attacks by ISKP is meant to attract hardline Taliban and al-Qaeda members opposed to the peace deal and to cause friction between the United States, Afghan government, and the Taliban.

That said, the India facet of the attack should not go unnoticed. Around 100 people from Kerala alone had joined ISKP since 2016; many Indian nationals were among the 1,400 ISKP terrorists and their dependents who surrendered to the Afghan government earlier this year. The man alleged to be behind the attack, al-Hindi, left India in 2018 and traveled to Afghanistan via the United Arab Emirates and then Iran to join ISKP, the South Asian branch of the Islamic State. IS released a video message by al-Hindi recorded just prior to the attack where, speaking in fluent Urdu, he mentioned IS members who were imprisoned in India, probably to instill a sense of camaraderie and retribution for their imprisonment.

On March 29, IS released the second edition of its propaganda magazine focused on India, Sawt al-Hind (Voice of Hind/India) in which it once again calls the Taliban apostates and urges the group’s fighters to defect to IS. The magazine includes an old propaganda message from a deceased Kashmiri IS terrorist, Abu Hamza al-Kashmiri (real name Abdul Rehman), who was killed in 2018. In the first edition of the same magazine, IS eulogized Huzaifa al-Bakistani, a Pakistani terrorist tasked with radicalizing Kashmiri youth, who was killed in 2019 in Afghanistan. The cover page had the tagline, “So where are you going? A call to Muslims of India,” asking Indian Muslims to rally to IS in the name of Islam in the aftermath of the 2020 Delhi riots.

The Islamic State clearly sees an opportunity in social unrest pegged to the controversial Citizenship Amendment Act (CAA), which grants Indian citizenship to non-Muslim migrants who came to India before 2014 from Pakistan, Afghanistan, and Bangladesh. The magazine criticized everyone from Prime Minister Narendra Modi to opposition leaders such as student leader Kanhaiya Kumar and Member of Parliament Asaduddin Owaisi for “misguiding the Muslim youth.” IS also dismissed India’s democratic system and constitution by saying that Indian Muslims can only thrive under an Islamic political system, such as the caliphate.

In February, Islamic State’s new agency, Amaq, released unverified photos of arson attacks on Indian police and paramilitary bunkers and a church in Srinagar, J&K. Though the photos were dated January 2020, the supposed attacks were not claimed by IS at the time, which is strange. In February, Amaq also claimed a clash between two IS Wilayat al-Hind (India province) terrorists and Indian paramilitary forces in J&K, which led to the death of a paramilitary trooper and the two terrorists. IS had declared its India province in May 2019 soon after the Sri Lankan Easter bombings and the loss of its last territory in Iraq and Syria.

Using an Indian national for the Kabul gurudwara attack serves three purposes for IS. First, it gives an Indian face to an attack in one of the Afghan capital’s most secure areas, especially when the city is under lockdown due to the coronavirus outbreak. By doing so, IS aims to inspire other Indian Muslims sympathetic to the cause to support it and even carry out attacks in its name in India. Second, it demonstrates that IS is not yet defeated in Afghanistan, much less globally. The group has fighters in its ranks not just from Afghanistan and Pakistan, but also from democratic secular nations like India — even after the fall of its caliphate and death of its caliph in 2019. Third, using an Indian Muslim to attack Sikhs could be an attempt at driving a wedge in India’s social fabric, which celebrates harmony and equality between Hindus, Sikhs, Muslims, Christians, and other religions. While Sikhs are a small minority in Afghanistan, a large number of them reside in India and have occupied top positions in the government, military, and politics.

The civil unrest in India over the CAA, while being mostly nonviolent, has sparked notable spasms of violence between Hindus and Muslims like the Delhi riots, which resulted in a large number of deaths, injuries, and incidents of arson. Groups like IS will use such incidents to galvanize support, expand its reach in India, and execute possible attacks on Indian targets abroad such as in Afghanistan. Some reports in Indian and Afghan media had indicated that the original target for the attack on March 25 was not the gurudwara in Kabul but rather the Indian consulate in Jalalabad or the Indian Embassy in Kabul. However, increased security after previous attacks on Indian diplomatic missions in Afghanistan had forced the last minute change of the target. If this is true, then this could be a major security concern for India, especially since New Delhi had invested so much capital in Afghanistan and put so much effort into its relationship with the Afghan government. Even more alarming is that apparently the Pakistan-based Haqqani Network and ISKP had together carried out the attack,

So far Indian Muslims have strongly dismissed the IS narrative and the number of Indians who subscribe the IS ideology or have traveled abroad to fight for IS is minuscule. But the recent polarization in society has the potential to radicalize some sections. In February, Islamic State’s branch in Jammu and Kashmir released a communique that specifically mentioned Indian intelligence agencies and Hindu nationalist groups such as the “Sangh Parivar” (most probably referencing the Rashtriya Swayamsevak Sangh) as targets. Indian authorities have busted multiple IS modules and disrupted terror plots; however, radicalization remains a long-term threat with the large number of Wahhabi and Salafi madrassas in India, the ease of access to IS propaganda online, and ongoing militancy in J&K.