You are here: Home / Senza categoria / The Islamic State’s big problem with women 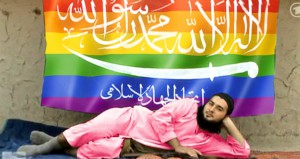 It is telling that women feature heavily in the Islamic State’s rise and fall. While its craven massacre of Yazidi women in Iraq and Syria helped put it on the map, its gradual downfall is coming partly at the hands of Kurdish women fighting against it on the front lines.

It is easy to see a simple revenge story in this progression, but a deeper reading points to the fundamental role of women in the militant group’s ideology, and their future role in its denouement.

When IS captured territory in 2014 to establish its self-proclaimed caliphate, it wanted to stage a spectacle that the world would be unable to ignore. So it resorted to the mass abduction, murder, rape and enslavement of women, especially among the minority Yazidis. The brutality against its female captives was intended to humiliate the enemy and send a warning to anyone who did not adhere to its extremist, radical interpretation of Islam.

In January and February this year, Human Rights Watch interviewed 15 Yazidi women and girls and 21 Sunni Muslim Arab women who managed to escape from IS. Most of them spent more than a year in captivity, and say they were forced to convert to Islam (if they weren’t Muslims), enslaved, systematically raped — sometimes by multiple jihadi militants — and bought and sold.

These women’s tragic stories suggest that the IS pseudo-state was built on the total subjugation of women, and the group has indeed frequently crafted brutal, misogynistic propaganda to express and promote its ideology.

IS has institutionalized physical and psychological violence against women through fatwas (religious decrees) issued by senior ideologues. Worse still, this practice has been exported to other extremist groups, such as Boko Haram in West Africa, which pledged allegiance to IS in early 2015.

The group’s ideology requires the “erasure” of women’s civil rights and their full subordination to the family structure and the men who control it. The sanctioned course of a woman’s life is to remain at home and raise young jihadis to fight for the state. Women who transgress the ideal role of wife and mother by seeking autonomy or self-expression outside the family are severely punished.

This is all based on a perverse interpretation of Islamic law, which, not surprisingly, still operates only in the domain of family law. In this context, women are needed to legitimize the fatwas upholding the ruling ideology; but they also make for useful scapegoats when needed.

Against this backdrop, it is especially ironic to see Kurdish women soldiers in the front line of the United States-led coalition fighting IS in Syria and Iraq. Recent military operations have reclaimed territory that was long under IS control, including areas south of Mosul, the group’s capital in Iraq. The images from these victories, featuring women, are an antidote to the poisonous IS propaganda, and they encourage more women to resist the group’s ideological dictates.

The message seems to be spreading. As its grip on territory loosens, so, too, does its control over women. The most memorable image from the liberation of the Syrian city of Manbij was that of women burning their burqas and publicly denouncing IS atrocities.

These powerful symbolic gestures will have both short- and long-term effects. In the short term, they are a public assertion of women’s autonomy; after so much propaganda and brutality, many in the region no longer thought such behavior was possible. In the long term, images of women actually killing and capturing IS fighters amount to the first nail in the coffin of the group’s ideology, which is founded on the false premise of feminine inferiority.

Because IS puts women at the center of its ideology, women are a significant hidden threat to it. By demonstrating their personal agency against IS dictates, women freed from its control remind the world that the group has hijacked Islam’s universal values and perverted its teachings.

It is fitting that strong and courageous women should help defeat a group whose founding myth rests on the violent subjugation of women. Women’s role as fighters, perhaps more than anything else, will ensure that the tenets of IS — particularly its lethal brand of patriarchy — are rejected outright.