You are here: Home / Africa / The Islamic State resurges in Mozambique 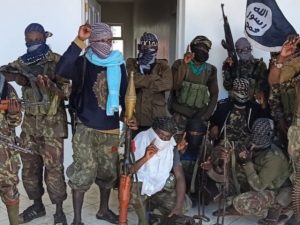 You might think the Islamic State is dead. In fact, its newest branch is carving out a foothold in southern Africa—and extracting a huge price in lives and livelihoods along the way. In April, French oil giant TotalEnergies pulled out of Mozambique, declaring force majeure on a $20 billion liquified natural gas project, the largest private investment in Africa. The company withdrew its staff from a project site in the country’s far northern Cabo Delgado province after Islamic State-affiliated insurgents overran a nearby town in March, like reported by foreignpolicy.com.

The human toll dwarfs even this steep financial cost. The violence in Mozambique since 2017 has killed more than 2,500 civilians. The number of internally displaced people jumped tenfold from 70,000 people in 2020 to 700,000 people in 2021 and continues to rise. The conflict has turned increasingly brutal, with frequent reports of beheadings and rape.

These scenes are a sharp reversal for a country that hoped its years of conflict were behind it. Mozambique’s government signed a peace deal with rebels in 2019, its latest attempt to halt the intermittent violence that has lingered since the end of the country’s civil war in 1992. The ruling party bet big on natural gas as Mozambique’s ticket to prosperity. Instead, the bulk of the planned natural gas production is on hold—maybe permanently. Meanwhile, the Cabo Delgado conflict is widening fault lines between Mozambique’s army and its police. And plans for a regional intervention have become mired in competition.

How did Mozambique get here? The conflict’s origins are in some ways unique to Cabo Delgado. But this insurgency also repeats a pattern found throughout Africa as Salafi-jihadi groups—al Qaeda, the Islamic State, and their ilk—work to transform local conflicts into launch pads for a global movement.

The Cabo Delgado insurgency is rooted in local social and economic conditions. Northern Mozambique is home to much of the country’s Muslim minority, long marginalized from national political power. Ethnic and linguistic divides also feed a dynamic of political exclusion. Endemic corruption and a series of natural and human-made economic disruptions have heightened social tensions. One result has been a generational and ideological struggle within the northern Mozambique Muslim community, producing the religious movement that evolved into today’s extremist insurgency.

But local causes alone do not explain the insurgency’s development. External influences, including foreign-funded Wahhabi education, fueled religious discord and economic discontent among young people. And many of the local fighters were already adopted into preexisting East African Salafi-jihadi networks, which sent Mozambican members to other countries for training. Growing external investment in Cabo Delgado also set conditions for unrest as local communities’ high expectations for income and jobs went unmet.

In 2017, escalating violence between the religious movement and security forces boiled over into a full-blown insurgency, mirroring the early history of Nigeria’s Boko Haram. The insurgents swiftly improved their fighting capabilities, particularly in 2020. This rapid development follows a pattern of new insurgencies becoming increasingly lethal at a faster rate than prior insurgencies. The Islamic State, seeing an opportunity to mitigate its losses elsewhere, forged a formal relationship with the Mozambique group in 2019 and has since featured it alongside other African affiliates in propaganda. Joining the Islamic State has also conveyed tactical and strategic benefits to the Cabo Delgado insurgents, including equipment and help with recruitment and training.

The insurgency is wreaking generational trauma across northern Mozambique. Children are being forcibly recruited and indoctrinated. The social fabric is fraying as displaced people strain host communities. Trust in the government, already low, is cratering after security forces failed to defend and evacuate civilians in a far northern town in late March. The financial burden of the insurgency is compounding poor governance as the government pays ransoms but struggles to deliver veterans’ pensions. Reports of refugees being charged bribes by security forces further undercut the government’s legitimacy.

The insurgency’s implications reach beyond Mozambique. Cabo Delgado is the Salafi-jihadi movement’s first foothold in southern Africa. Although attacks have remained localized so far, this may change as the Islamic State coheres its terror network in eastern and southern Africa. Northern Mozambique could become a launch pad for terror attacks on regional capitals, following the trajectory of al Qaeda’s network in the Sahel. The existence of an active conflict in Mozambique may itself threaten regional stability because it risks turning the country into a theater for damaging geopolitical competition over natural resources or strategic positioning along the Mozambique channel. Finally, access to the Mozambican coast is also a potential moneymaking opportunity for Salafi jihadis, although analysts disagree on whether insurgents are involved in drug trafficking.

Adding to the security threats is the opportunity cost to Mozambique’s future. The loss of expected natural gas revenues undercuts efforts to avert a debt crisis and dashes hopes for a sovereign wealth fund to drive economic development. Mozambique’s misfortune is the latest and largest addition to the ballooning economic cost of terrorism in Africa, which rose more than tenfold from $1.54 billion in 2007 to $15.5 billion in 2016.

The response to the insurgency remains in flux, even as Islamic State-linked militants prepare to complete their takeover of a major port town in Cabo Delgado’s far north. Discussions are ongoing between Mozambique and fellow members of the Southern African Development Community, but disagreements over the nature and composition of military support for Mozambique have delayed a decision. The United States and Portugal have begun small-scale military training programs, and France has signaled its willingness to help.

Potential partners of Mozambique should prioritize developing intelligence collection and sharing capabilities. The Cabo Delgado conflict is defined by poor information, including about the group’s leadership and composition, yet intelligence is a prerequisite for military and nonmilitary components of any effective response. Mozambique’s partners should also consider supporting the development of a defection and amnesty program that allows forced recruits, including children, to leave the group. Military force is necessary but not sufficient to defeat the Salafi-jihadi insurgency in Mozambique. Recapturing territory will have to come alongside better governance.

Getting policies right in Mozambique could set a new and better precedent for the fight against Salafi-jihadi insurgencies in Africa in general. Policymakers often neglect the damage Salafi-jihadi insurgencies are doing to the continent’s future. Sub-Saharan Africa is supposed to be an engine of global growth; the region will be home to over two billion people, half of them under age 25, by 2050. Many countries, including Mozambique, are now teetering between two futures: one of dramatic progress and one of resource drain and terrorism.

This is not just Mozambique’s or Africa’s problem. The United States and its allies will share the benefits of Africa’s rise or suffer from its stagnation. The continent’s security problems will not stay there. African Salafi-jihadi groups plan to or already support external attacks and are growing more lethal year by year; the refugee flows they cause will certainly affect Europe. U.S. policymakers that profess to care about Africa’s prosperity need to take on the elephant in the room. Ending Salafi-jihadi insurgencies and preventing their return and spread pose serious political and policy challenges to the international community and African countries alike. But these challenges must be met with more sustained diplomatic engagement, targeted economic support, and—most vitally—a rollback strategy that shrinks opportunities for terrorists. What’s at stake for Mozambicans and for millions of Africans is nothing less than the future.