You are here: Home / West Asia / The Islamic State is making these Afghans long for the Taliban 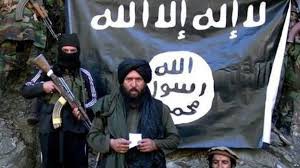 When the Islamic State fighters seized the Mahmand Valley, they poured pepper into the wounds of their enemies, said villagers. Then, they seared their hands in vats of boiling oil. A group of villagers was blindfolded, tortured and blown apart with explosives buried underneath them.

“They pulled out my brother’s teeth before they forced him to sit on the bombs,” recalled Malik Namos, a tribal elder who escaped the valley along with thousands of other villagers. “They are more vicious than the Taliban, than any group we have seen.”

At war for more than three decades, Afghans are familiar with violence perpetrated by a raft of armies and militias. But even by their jaded standards, the emergence here of the Islamic State — the extremist organization that arose in the Middle East — has ushered in a new age of brutality.

The radical group adds a fresh dimension to the contest for Afghanistan’s future, a key reason why President Obama is considering a plan to keep as many as 5,000 U.S. troops in Afghanistan past next year. Their decrees threaten in some areas to reverse U.S.-funded gains in education and women’s rights. And they have made the Taliban, who have also committed atrocities, an appealing alternative in ungoverned regions.

A rare portrait of the group’s rise and of life inside its domain emerged from traveling in Nangahar province — a central battleground of the Islamic State — and in interviews with local officials, tribal elders and more than two-dozen villagers who fled areas under the militants’ control. They had found themselves trapped in a fierce new battle for power and territory between Islamic State fighters and the Taliban, with U.S. warplanes bombing both sides, which ended in victory that day for Afghanistan’s latest tormentors.

Even as they mirror the cruelty of their Middle East counterparts, the militants in Afghanistan arose from a different set of circumstances and come to the struggle with a somewhat different outlook. While in the Middle East the group seeks to create a global Islamic caliphate, some fighters here have local ambitions: re-creating the Taliban’s medieval social order, particularly taboos imposed on girls and women, which have waned in many areas since first imposed two decades ago.

The majority of fighters are disaffected Afghan and Pakistani Taliban, their desertions fueled partly by the revelation this summer that their one-eyed supreme leader, Mullah Mohammad Omar, had been dead for more than two years. Whether they have operational or financial ties to the home base in Syria, are merely inspired by the group, or are using its name to generate attention, remains unclear. Nor is it clear how they are obtaining the substantial funds and heavy weaponry that they wield.

Unlike the conflict in Syria and Iraq, which straddles Sunni-Shiite fault lines, in Afghanistan both victims and attackers are typically Sunni Muslims, from the same ethnic Pashtun tribes. And the struggle in Nangahar is as much for control of the lucrative narcotics trade as it is for religious and regional influence, according to United Nations officials.

“In our areas, the time of the Taliban is now over,” declared Ahmad Ali Hazrat, a lawmaker in Jalalabad, the provincial capital, a dusty city where Osama Bin Laden first lived when he arrived in Afghanistan in 1996. “We are in a new drama.”

Since the withdrawal of most U.S. and international troops in December, the Islamic State has steadily made inroads in Afghanistan. A report last month from the United Nations’ al-Qaeda/Taliban Monitoring Team found that the group — also known by its Arabic acronym Daesh — has a growing number of sympathizers and was recruiting followers in 25 of the nation’s 34 provinces.

Even so, conversations with villagers, as well with Afghan officials and elders, suggest that the group’s extremist ideology does not have strong support among most Afghans.

In Nangahar, on the Pakistan border, the militants have gained the largest foothold, with a significant presence in more than a quarter of the districts of the province.

Since late July, tens of thousands have fled the region on foot. Many come to Sar Shahi, a hamlet roughly 20 miles east of Jalalabad, where they have squatted in unfinished houses or in the craggy yards of friendly residents.

On a recent day, as a gentle breeze blew through the hulk of a half-constructed dwelling, the villagers clamored to tell an outsider of how their valley died.

Pakistani Taliban given sanctuary in Afghanistan

In the summer of 2014, about 100 fighters from the Pakistani Taliban arrived from across the border. They were fleeing an offensive by the Pakistani military to flush out insurgents and soon joined forces with a faction of the Afghan Taliban, ethnic Pashtuns like themselves.

It was an opportune time for a militia to emerge. A new U.S-backed power-sharing government was paralyzed by infighting. Overstretched Afghan security forces were preoccupied fighting a resurgent Taliban. The Taliban itself was in the midst of an internal factional struggle.

Pakistan, too, was under pressure from the United States to tackle the Taliban insurgents it had long supported and permitted to build havens on its soil. That had the unexpected consequence of pushing more hard-line militants across the border into Afghanistan.

In January, the Islamic State’s leaders in Syria announced the creation of their “Khorasan” branch, using an ancient term for an area that includes Afghanistan and Pakistan. By the spring, reports of Taliban defections and Islamic State recruitment surfaced. At first, the visitors and local Taliban remained allies.

“For almost one year they were friends,” recalled Zirak, another villager. “They were walking with each other.”

By this summer, though, there were hints of a transformation. At mosques, villagers noticed that the Pakistanis and some Afghan allies had adopted the austere Wahabbi branch of Sunni Islam, though the vast majority of Sunni Afghans practice the moderate Hanafi strain.

“They were telling everyone they were better Muslims than us,” said Nazar, a 38-year-old laborer who, like many Afghans, uses only one name.

In July, clashes erupted after the Afghan Taliban raided the homes of the Pakistanis and found a large cache of weapons. On that day, the visitors, who now included dozens of defectors from the Afghan Taliban, put aside their white Taliban flags and raised the black flag of the Islamic State.

“That’s when we understood they had become Daesh,” said Rostam Sayeed, 20, a laborer.

The Taliban and the Islamic State fighters fought fiercely for control of the valley. As many as 25 civilians, including children, were killed. “The bullets were coming and going from both sides,” said Zirak. “All we could do was lie on the floor and pray.”

During periods of calm, the Islamic State fighters used loudspeakers to urge Taliban members and villagers to defect. “ ‘Mullah Omar is dead,’ they said. ‘You should join us,’ ” Jan recalled.

Many did, attracted by the Islamic State organization, weaponry and ability to pay handsome salaries, as much as $500 a month.

One morning, a U.S. drone strike targeted both sides, killing several Islamic State fighters and dispersing them into the mountains, residents said. But militants returned with reinforcements and heavier weaponry, including large machine guns and missile launchers. They pushed the Taliban out of the valley.

Black-clad fighters, many with long hair and beards, went door-to-door. They ordered villagers to leave their houses and farms within hours. They seized livestock and crops. They shut down scores of schools and Islamic madrasas and destroyed electricity lines and cellphone towers.

The fighters included some foreigners from Chechnya and Uzbekistan, said villagers. They did not see any Arabs, but U.N. investigators said in their report that some 70 Islamic State fighters from Iraq and Syria are now fighting in Afghanistan.

Houses of suspected Taliban loyalists were burned. In some villages, the militants lured tribal elders and residents to the mosque, where they were taken hostage. In total, more than 120 men were abducted and taken into the mountains.

In August, 10 hostages were accused of being Taliban supporters, as cameras rolled. They were told to kneel down on mounds of freshly dug earth. Underneath the dirt were explosives. Their execution was later publicized in a slickly produced video.

“Even the Jews and the Christians would not kill Muslims in that way,” said Malik Namos, who recognized his brother, Mohammad Yunus, in the video.

In Dih Bala, a district west of the valley, the fighters allowed villagers to remain as long as they followed their decrees. To trigger fear and obedience, the fighters grabbed five men and accused them of providing coordinates for the U.S. airstrikes against their comrades.

They beheaded the men in a central market, said residents, and placed their heads and torsos on a road. Then they ordered people to drive over the body parts.

In the mosques, the Islamic State fighters have enshrined Wahabbism as the main brand of Sunni Islam and have forced madrasas to teach its beliefs.

Within hours, families were sending their boys.

“They are living under their control, so they have to join them,” said Jameel Kaminyar, 23, a farmer who lived under the militants’ rule for two weeks before fleeing. “They are the government now.”

In Dih Bala and Kot, another district, families with unmarried daughters have been ordered to raise white flags over their houses, one for each girl in the family. Families with widows had to raise red flags. The females, the militants informed villagers, would provide wives for newly recruited fighters.

“If we don’t accept these commands, the Daesh will behead us,” said Hayatullah, 23, a police officer who fled Kot recently with his family.

In other areas, the Islamic State fighters told residents they had the authority to marry any widows of Taliban fighters, viewing them as spoils of war.

Yet there have not been reports of mass rapes like those committed against non-Muslim ethnic Yazidis in Syria and Iraq. Most women in Nangahar are Pashtun, like their new masters, protected by ancient codes of honor.

Still, villagers say the decree to raise flags is an omen. In Afghan tribal society, a woman who is sexually assaulted is often forced to marry her attacker.

“Of course they will take these women to rape them,” said Hazrat, the lawmaker.

Women are forced to wear burqas

In recent years, the Taliban’s oppressive social codes have not been enforced in many areas, as the Taliban tried to win popular support. In some parts of the country, girls are allowed to attend schools. Hard-line attitudes against music have softened. Public executions have been reduced.

Now, Islamic State fighters, led by former hard-line Taliban, are restoring the puritanical way of life in some areas. They have ordered men to grow long beards. Women cannot leave their houses without wearing the traditional head-to-toe blue burqa and must be accompanied by a male relative. Smoking is banned, and shops that sell cigarettes have been shut down.

They have also created a unit that tells people how to live their lives morally – like the Taliban’s Department of the Promotion of Virtue and the Prevention of Vice.

“Since Allah has conferred control of these areas to the Islamic State, ” according to a flier distributed to villagers, all people must attend Friday prayers. The flier also echoed the Taliban’s long-standing ban on narcotics.

In practice, though, the Islamic State fighters, like the Taliban, have done nothing to stop opium trafficking. The U.N. investigators said that the Taliban and Islamic State are clashing over lucrative drug and smuggling routes, vital to their abilities to acquire more weapons and recruits.

But the harsh decrees and punitive actions of the Islamic State have led to a rethinking of the Taliban.

“There’s a huge difference in the way the Taliban was treating the people and the way Daesh is now,” said Hayatullah. “I prefer the Taliban any day.” (washingtonpost)