You are here: Home / Analysis / The Islamic State is in Congo. What now? 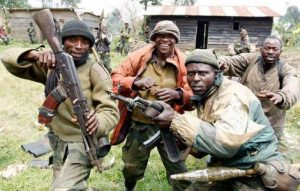 On March 10, the U.S. State Department designated the Islamic State’s affiliate in the Democratic Republic of the Congo (ISIS-DRC) a foreign terrorist organization and the group’s leader, Musa Baluku, a specially designated global terrorist, like reported by lawfareblog.com.

It is the latest and most prominent acknowledgment that the Baluku-led faction of the Allied Democratic Forces (ADF) is part of the Islamic State’s global enterprise. Yet the ADF’s links to the Islamic State are highly contentious among Congo watchers. For example, a U.N. Group of Experts report released in December 2020 denied ties between the Islamic State and the ADF. The U.N. assessment was perplexing given that only three months earlier, in September 2020, Baluku had declared, “There is no ADF anymore. … We are a province, the Central Africa Province which is one province among the numerous provinces that make up the Islamic State.”

The Islamic State in Congo

The Islamic State’s transnational enterprise is a relatively recent evolution in the group’s history that began with its formal expansion into Syria, which it acknowledged in 2013. After declaring its caliphate in June 2014 and claiming that Muslims worldwide were obligated to join its ranks, the Islamic State established criteria that jihadi groups had to satisfy to be accepted as formal affiliates. However, these standards were applied inconsistently. By 2018, the pressures of decline saw the Islamic State restructure its global network by consolidating groups from different countries under regional banners, including groups that, for a variety of possible reasons, had not previously been accepted as affiliates. The Islamic State’s primary exports to its affiliates are its aqeeda (creed), manhaj (method) for establishing an Islamic state, and association with its brand for propaganda purposes. In short, its affiliates are expected to adopt and apply the Islamic State’s ideology and politico-military strategy in their corner of the world.

These historical and strategic dynamics have resulted in a patchwork of groups with varying degrees of operational capabilities and centralized oversight by the Islamic State. To base the genuineness of an affiliate on whether it looks like another affiliate or the Islamic State in Mosul or Raqqa circa 2014 ignores the complex mix of top-down and bottom-up drivers of the Islamic State’s global enterprise. The ultimate criterion is whether the Islamic State has officially declared the local group a “province.” But this says little about the nature of each relationship, which must be assessed on a case-by-case basis.

Under Baluku’s leadership, the ADF has adopted the Islamic State’s aqeeda and manhaj, most notably to justify and frame its operational activities. This is most evident in its propaganda. Since 2017, the historically secretive group has demonstrated a newfound enthusiasm for producing propaganda and using social media to disseminate multilingual content. By 2019, most ADF videos bore the production label “Ashabul Kahf Media” (Media of the Cave Dwellers), and its content and rhetorical framing had begun to echo Islamic State talking points. The Islamic State has also acknowledged ADF operations and counted them among their successes. For example, hours after the Kangbayi prison break on Oct. 20, 2020—which saw the ADF free more than 1,300 prisoners, including 236 of its own fighters—the Islamic State claimed the attack, linking the operation to its global “breaking the walls” campaign that Abu Ibrahim al-Hashimi al-Qurayshi, the organization’s new leader, had announced two days earlier. Since April 2019, the Islamic State’s central media units have claimed more than 110 operations in the DRC.

The Islamic State relationship with the ADF emerged as early as 2017, two years prior to its public acknowledgment. In February 2018, soldiers with the Armed Forces of the Democratic Republic of the Congo (FARDC) discovered literature by the Islamic State’s Office of Research and Studies in the possession of a dead ADF combatant. While centralized command-and-control oversight seems limited, sources suggest the Islamic State has provided financial support. Waleed Zein, a Kenyan Islamic State financier, transferred thousands of dollars to the group before being sanctioned by the United States for financing “ISIS fighters in Syria, Libya, and Central Africa.” According to witnesses in the camps, Baluku stated on multiple occasions in 2018 that he had received funding from the Islamic State.

Eastern DRC has been plagued by endemic levels of violence, which have worsened in recent years in part due to the ADF. According to the Kivu Security Tracker, from 2018, the same year that then-Islamic State leader Abu Bakr al-Baghdadi first mentioned a Central Africa Province (ISCAP), to 2021, the ADF has mounted an escalating campaign of violence against civilians. Between January 2019 and June 2020, the ADF killed approximately 793 civilians, although local civil society groups suggest the actual number of casualties is much higher. It would be wrong to conclusively draw a causal link between the ADF’s increasing toll and its association with the Islamic State—especially given that in late 2019 the FARDC launched a military offensive against the ADF that triggered a wave of retributive violence against civilians. However, a year after the FARDC’s campaign ended, ADF attacks and casualties remain high, with approximately 200 civilians killed so far in 2021. With the recent declaration of martial law in North Kivu and Ituri provinces, the prospect of worsening bloodshed is concerning. While the ADF’s motivations for targeting civilians vary from case to case (for example, retribution, theft, diversion), the violence is increasingly being justified through the Islamic State’s frames. Moreover, the link to the Islamic State’s “brand” and indications of funding support will likely increase the Congo affiliate’s appeal to foreign fighters and other Islamic State affiliates in Africa, which in turn may lead to more attacks on civilians.

Despite the Islamic State’s ties to the ADF being a persistent issue of debate, the connection between the Islamic State and the Baluku-led faction of the ADF is well established, and evidence of the relationship has been publicly available since at least 2019. Other issues that are far more consequential for both research and practice need to be addressed. For example, little is known about the extent to which the Islamic State exerts centralized control over its Congo affiliate. Also, given the ADF’s decades-long history of operating in eastern Congo, it is difficult to ascertain to what degree the link to the Islamic State has substantively changed the ADF’s strategy and governance, or whether the affiliation has provided a way of framing activities that are largely consistent with historical trends. More work needs to focus on how, if at all, the affiliation is understood by rank-and-file members and how it might influence their actions. Addressing these issues would provide the field with important details that help better clarify not only the Islamic State’s involvement in Congo but also the range of potential relationships that define the spectrum of Islamic State affiliates.

The Right Questions to Avoid the Wrong Road

There are understandable concerns that assessing the ADF as an Islamic State affiliate has policy implications that could lead to militarized counterterrorism policy responses that risk exacerbating the crises in eastern DRC. However, denying the clear evidence of Islamic State-ADF links is, at best, filibustering scholarly debate and stunting policy progress and, at worst, ignoring crucial evidence that could help prevent civilian massacres. The debate is no longer about whether the Islamic State has an affiliate in the DRC but, rather, what the nature and implications of that relationship are. In our report, we assess that the Islamic State provided the ADF with a benefactor and amplifier that justified and empowered its politico-military approach. In the ADF, the Islamic State found an enthusiastic local group desperate to revitalize its fortunes, operating in a forgotten corner of the world devastated by decades of war.

With Islamic State affiliates dotted across Africa, the potential for transnational collaboration between groups and increased numbers of foreign fighters will threaten regional stability. Whether it is misguided denialism or flawed counterterrorism policies, the road to hell is paved with good intentions. Effective strategies to counter the ADF must draw on the best available evidence to combat them and address the local population’s needs. In the case of Congo, there are currently more questions than answers about the nature of the ADF’s relationship with the Islamic State, which demands that scholars and policymakers put aside preconceived notions (whether personal, ideological, or disciplinary) and collaborate to better understand dynamics on the ground. The violence in eastern Congo is bigger and more complex than the ADF. But confronting this threat will be crucial for protecting the people of the region and thwarting the Islamic State’s effort to remain and expand in Africa.