You are here: Home / Africa / The Islamic State in West Africa is growing in strength and sophistication 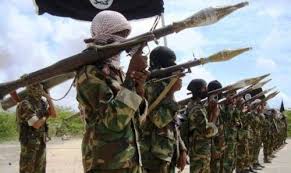 In 2016, Boko Haram splintered into several groups, with one of these groups emerging as the Islamic State West Africa Province (ISWAP), currently led by Abdullah Ibn Umar al-Barnawi (aka Ba Idrissa) and Abu Musab al-Barnawi, as a shura member, like reported by soufangroup.com.

Since the 2016 split, ISWAP has surged in sophistication while the faction once led by Abubakr Shekau has lagged behind in both tactics and strategy. Now dominating large tracts of rural Borno, frequent raids on military outposts have strengthened ISWAP and the group has innovated significantly, especially in developing up-armored suicide vehicle-borne improvised explosive devices (SVBIEDS), often depicted in the group’s videos.

Because neither Shekau’s faction nor al-Qaeda-aligned groups in Mali have employed SVBIEDs since 2016, it is probable that the core group of the so-called Islamic State in Iraq and Syria transferred its technological know-how to ISWAP, either through direct exchanges between fighters in Libya or Nigeria, or through encrypted online communications.The Islamic State has also transferred media templates and graphics to ISWAP, whose media is fully incorporated into the Islamic State’s centralized media apparatus. Recent reports emerging in September 2019 about ISWAP having even more sophisticated drones than the Nigerian Army imply ISWAP’s innovations and growing sophistication is related to its close relationship with the Islamic State.

Shekau’s faction is unlikely to have continued upgrading drone capabilities and certainly not with the Islamic State, which approved Shekau’s ejection from ISWAP in 2016. ISWAP has not featured drones in any of its videos, photos, or other propaganda. Its use of drones, therefore, is strictly tactical: spying on military positions. Since mid-2018, ISWAP has focused on targeting military barracks in rural Borno and avoided attacking densely populated civilian areas because it seeks to win over the civilian population and eventually govern rural Borno.

It also seeks to distinguish itself from Shekau’s faction, which has targeted both Muslim and Christian civilians on the basis that they are infidels for not joining Shekau’s jihad and killed innocent civilians, leading to backlash against the jihadists.While violent non-state actors in the Middle East have used drones to launch spectacular attacks, ISWAP is unlikely to follow their lead. Despite its rural Borno conquests, ISWAP has avoided targeting Westerners or even attacking the military in major urban centers in Borno State, such as Maiduguri.

ISWAP has preferred to maintain a low profile except in rural Borno. By generally laying low, ISWAP disincentivizes foreign intervention or greater Nigerian pressure against it, focusing instead on its long-term goal of raiding barracks and governing rural Borno. To achieve these objectives, ISWAP employs SVBIEDS, drones, and other tactics effectively, yet discreetly.

A major attack using drones on key economic installations or, for example, a foreign aid organization, would largely prove counterproductive and potentially undermine ISWAP’s strategy.Even if ISWAP does not move to aggressively adopt most emerging technologies at this stage in the conflict, drones are still likely to continue contributing to its successes on the battlefield. The military recently shifted to a new ‘supercamp’ strategy by consolidating soldiers in several well-manned encampments in Borno instead of numerous poorly protected rural positions.

Nevertheless, ISWAP has still shown itself capable of ambushing the military when it leaves these ‘supercamps’ to deliver supplies to towns or other soldiers on frontlines. ISWAP’s use of drones are among the most effective means of detecting those military movements, conducting ambushes, and undermining the military’s new ‘supercamp’ strategy.