You are here: Home / Analysis / The Islamic State after Dabiq and Mosul 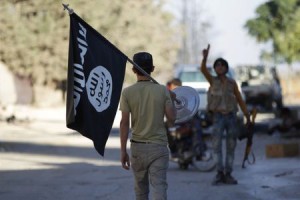 On the same day that the so-called Islamic State lost the symbolic Syrian town of Dabiq to U.S. and Turkish-backed rebels, the Iraqi government officially announced the beginning of the long-awaited battle for Mosul. The town of Dabiq holds particular importance to the Islamic State’s narrative and propaganda; the group’s decision not to fight for the town demonstrated the pragmatic side of a group commonly referred to as ‘apocalyptic’. The coming battle for Mosul provides the Iraqi military with the opportunity to show its ability to clear and hold the Islamic State’s capital city in Iraq. It will also give the Iraqi government a chance to demonstrate its ability to govern the city once it is retaken—a task that will almost certainly be a greater challenge than the military effort.

The Islamic State’s response to its defeat in Dabiq—a town that plays heavily in the group’s propaganda—demonstrated how the group manipulates its messaging to best serve its current situation, regardless of how an issue fits into its broader historical narrative. As with so much of the multi-layered battle against the Islamic State, clear-cut military defeats—if acknowledged at all—are spun by the group’s propaganda. Such losses are often portrayed as painful tests of dedication, even as the group itself has avoided participating in all-out battles that would almost certainly end in defeat.

The anti-Islamic State coalition has rightfully mocked the Islamic State for slinking away from Dabiq, which the terror group had designated as the site of the so-called ‘end of times’ battle. In the wake of the group’s retreat, Islamic State critics on social media joked that the apocalypse had been ‘postponed’ until further notice, as the Islamic State’s actions once again fell far short of its rhetoric. Indeed, by nearly every metric, the Islamic State is losing badly. In both Iraq and Syria, the group has withdrawn to its strongholds in Mosul and Raqqa, while continually losing vital crossroads and supply lines.

Still, some of the Islamic State’s online supporters have argued that while Dabiq was indeed the location of a prophesized final apocalyptic battle, that battle was not now. The group itself has made no official statement regarding the loss of Dabiq, which also serves as the name of the group’s most polished and persuasive English-language magazine. The Islamic State’s supporters argue that the West is operating on an artificially shortened timeline, and that the group’s withdrawal from Dabiq has nothing to do with the prophesized battle to come.

The Islamic State’s leadership may have decided that the underlying conditions which fueled the group’s rise will sustain it during a painful shift to an insurgency, followed by what the group believes will be an eventual rebirth into a proto-state. Indeed, history is on the group’s side in this matter; Iraq continues to be a divided and dysfunctional sectarian state, while Syria is a collapsed state in the midst of a bitter civil war. The Islamic State’s true timeline may not be as patient as its rhetoric after sustained losses, but it is likely longer than the attention span and resources of the regional and international coalition fighting against it.

While Dabiq held little tactical military value for the Islamic State, the group’s willingness to give up a town of such symbolic value without much fight warrants the question as to when, if ever, the Islamic State will fight to its last fighter. Now that the battle for Mosul is under way, there have already been reports that the Islamic State will again try to melt away into the population, rather than dig in and fight. This strategy becomes more difficult as the group’s territory shrinks. In addition, the continued loss of swathes of territory makes it more difficult for the group to sustain the fiction of a ‘caliphate’. Militarily, the group has very little chance of holding out against the forces moving against Mosul. It does, however, have a far greater chance of thriving in the geopolitical machinations that will likely beset the aftermath of the Mosul campaign. From Turkey to Iran, regional powers—as well as sectarian and ethnic divisions—will complicate what will already be one of the most complicated internal military efforts the Iraqi government has ever undertaken. Despite its propaganda about apocalyptic battles and the ‘end of times’, the Islamic State has proved time and again to be a pragmatic organization. The group’s loss of the Syrian border town of Kobani in early 2015 is the only example in which the group stayed in place to engage in an un-winnable fight. As a result, Kobani was the costliest battle the group has fought since its predecessor decided to fight in Fallujah in 2004.

The Islamic State is banking on two fundamental principles for its continued existence: its external supporters are often fact-resistant to Western framing of the group’s actual military losses, and will continue to support the group and attack in its name when possible; and its internal members prefer to live and fight as a powerful insurgency rather than die in an apocalyptic battle on an artificial timeline. Thus, despite its undeniable setbacks, the group believes time is on its side.