You are here: Home / Senza categoria / The Islamic Republic of Iran’s Influence in the West 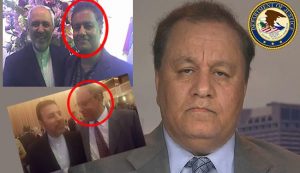 The FBI recently arrested an Iranian academic for failing to register as a foreign agent in accordance with the Foreign Agents Registration Act. Kaveh Afrasiabi was arrested in Massachusetts and is believed to have received more than $250,000 from the Iranian regime to disseminate its propaganda in the guise of objective analysis, like reported by besacenter.org.

Iranian agent-scholars are easy to recognize: they always oppose the overthrow of the regime and they oppose any form of sanctions. They criticize the regime on occasion as a means of concealing their role as agents.

On January 19, 2021, one day before the inauguration of Joe Biden as president, the US Department of Justice (DOJ) announced that the FBI had taken into custody one Kaveh Lotfollah Afrasiabi. Afrasiabi was arrested at his home in Watertown, Massachusetts on charges of “acting and conspiring to act as an unregistered agent of the Government of the Islamic Republic of Iran.”

According to the DOJ, Afrasiabi failed to register as a foreign agent in violation of the Foreign Agents Registration Act (FARA). FARA, which was adopted in 1938, requires that an agent of a foreign country “who [is] engaged in political activities or other activities specified under the statute to make periodic public disclosure of their relationship with the foreign principal, as well as activities, receipts and disbursements in support of those activities.”

The DOJ statement claimed that Afrasiabi was a “secret employee” of the Iranian regime and had been paid $265,000 by the Permanent Mission of the Islamic Republic of Iran to the UN in order to “spread their propaganda.” Seth DuCharme, Acting US Attorney for the Eastern District of New York, who was quoted in the statement, asserted that Afrasiabi wanted to influence policymakers in the US by “disguising propaganda as objective policy analysis and expertise.”

In addition to the payments he received, further evidence of Afrasiabi’s collaboration with the Islamic regime in Iran is an email he sent in January 2020 to both the Iranian FM and the Iranian Permanent Representative to the UN. The message, which was sent soon after the killing of Quds chief Qassem Soleimani, advised the two men on how they should respond to the killing in such a way as to “strike fear in the heart of [the] enemy.”

Afrasiabi has authored numerous books and articles on Iran in which he not only presents the view and narrative of the Islamic Republic but also defends it. According to his webpage, he is a political scientist who has taught at Boston University and elsewhere. He was also a visiting scholar at Harvard, UC Berkeley, and Binghamton. Afrasiabi has spread the views of the Islamic regime in the Bulletin of the Atomic Scientists, LobeLog, Belfer Center, and Middle East Eye, where he is a regular contributor.

Afrasiabi´s arrest illuminates not only the modus operandi of the Iranian regime but also its influence in the Western world. There are two main elements to the regime’s approach: 1) the use of academic scholars as agents; and 2) the disguising of propaganda as objective and expert policy analysis.

In a recent publication, I argued that “The IRI [Islamic Republic of Iran] today mainly focuses on propaganda, lobby organizations and espionage to control and influence Iranian dissidents as well as other countries…Recently, Mahmoud Alavi, the IRI’s minister of intelligence, stated in an aired interview that the IRI has followers all over the world and that these individuals are loyal to the Islamic revolution and work without pay as a lobby for the IRI.”

There is no doubt that the Islamic regime has changed its modus operandi over the past two decades. It now supplements its violence and terrorism with espionage and organized lobbies, and has placed agents all over the world.

From leaked intelligence documents we know that Iran often uses agents disguised as businessmen, embassy employees, and students in its operations. However, as the regime has focused more intensively on lobbying and influence, its modus operandi has shifted to the use of academics. The reason for this is probably that scholars not only often have the respect of the public but also have significant influence on policy makers. This phenomenon is seen in the case of Afrasiabi. According to the statement released by the DOJ, Afrasiabi had “lobb[ied] U.S. government officials, including a congressman.”

Universities across the Western world have employed Iranian scholars who are sympathetic to the Islamic regime and act as its agents. Their mission is clear: combat the opposition and spread regime propaganda. They disseminate the regime’s narrative in the disguise of objective policy analysis.

Lobelog, for which Afrasiabi wrote, was closed in 2019 and absorbed by the Quincy Institute for Responsible Statecraft. The Executive VP of the Quincy Institute is Trita Parsi. Based on the statement of Iranian intelligence minister Mahmoud Alavi (mentioned above), Michael Rubin, a resident scholar at the American Enterprise Institute, wrote an important piece on the National Iranian American Council (NIAC) and its founder—Trita Parsi.

The Council, which employs a great many academics, has long been accused by the Iranian diaspora of lobbying for the Islamic regime in Iran. Rubin wrote that the reason for this suspicion is Parsi’s relationship with former Iranian UN ambassador and current FM Muhammad Javad Zarif. Email exchanges between Parsi and Zarif “show the NIAC founder seeking to arrange meetings and perhaps coordinate on strategy.” At the time of contact, Zarif was at the Permanent Iranian Mission to the UN. The communication took place over email, as in the case of Afrasiabi.

In 2008, Parsi sued exiled Iranian journalist Hassan Daioleslam for defamation because Daioleslam had asserted that NIAC and Parsi were lobbying on behalf of the Islamic regime. It was during that trial that Parsi´s correspondence with the regime was revealed. His libel suit against Daioleslam was thrown out in 2012.

Whether NIAC—one of the most influential foreign policy advocacy groups in the US—is a branch of the Islamic regime, its lobby, or an independent organization is not important. What matter is that its leaders had (have?) widespread contacts with Islamic regime officials and have shown that they are sympathetic to the regime.

Naturally, none of the scholars believed to be sympathetic to the Iranian regime admits this. On the contrary: many will respond furiously if confronted. In order to keep opponents of the regime at bay, many often criticize the regime, sometimes quite harshly. But what these scholars have in common is that they spread the same narrative and the same arguments used by the Islamic regime. While agent-scholars might criticize the system, the government, or even the Supreme Leader himself, they do so in publications or speeches that express the regime’s narrative.

This pattern makes these scholars easy to spot. They consistently make two points that serve the Iranian regime:

However bad the regime may be, it should not be overthrown. Iranians must rally behind the flag and try to reform the Islamic Republic, not evict it. These scholars are thus always anti-change.
However bad the regime may be, sanctions against it are never the right way to go. These scholars are thus always anti-sanctions.
These two factors are considered red lines by the Islamic regime. With the first point the regime is trying to neutralize the opposition. A (supposed) desire to reform the regime does not constitute a threat to the regime’s survival, while overthrow would mean the regime’s end. As to the second point, regime security is directly and seriously threatened by sanctions, so they must be avoided at all costs. Not surprisingly, the regime has agents in the academic world disguised as anti-war and anti-sanctions activists. As part of their cover, these agent-scholars occasionally criticize the Islamic regime.

By doing so while at the same time supporting the regime’s narrative, these academics try to deflect attention away from their role as possible agents. But as Judge Bates stated in his ruling in the case of Daioleslam versus Parsi, “That Parsi occasionally made statements reflecting a balanced, shared blame approach is not inconsistent with the idea that he was first and foremost an advocate for the regime.” The most important purpose of an academic agent is to disguise regime propaganda as objective policy analysis and expertise.

It is to be hoped that Afrasiabi´s arrest will be the start of a broad unmasking of Iranian agent-scholars in the Western world. In contrast to what many believe, the strength of the Iranian regime does not lie in its intelligence and counterintelligence organizations, nor in its Islamic Revolutionary Guard Corps and its widespread use of violence. The strength of the regime lies in the hundreds of scholars who are spread out across the US and Europe and who disseminate the regime’s narrative to influence policy makers.