You are here: Home / MidEastGulf / The Iran nuclear deal does not add up 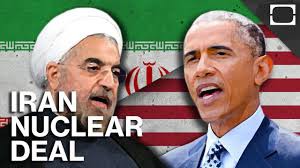 If the nuclear deal is an economic Trojan horse, and young Iranians taste the good life just to have it yanked away by ‘snapback’ sanctions, the ayatollahs could become national villains overnight.

Even after July’s landmark nuclear deal, there is no love lost between Iran and the US. Iran’s supreme leader, Ayatollah Ali Khamenei, recently told Iranians, “Our policy regarding the arrogant US government will not change.” US Secretary of State John Kerry had earlier assured allies: “Nothing in the Iran deal is based on trust.” Back home, Republicans are furious that President Barack Obama rushed the agreement to buff up his own legacy. The US’s all-weather allies in the Middle East — Israel and Saudi Arabia — are also seething. The naysayers then wonder: why this and why now?

Trust, as all parties agree, is a non-issue in this agreement. There is, however, a common thread to the P5+1 statements. Russia’s foreign minister, Sergei Lavrov, put it best: “[This deal] removes the barriers on the way to a broad coalition to fight Islamic State (IS).” The vibe from western capitals is that Iran’s wiggle room with the nuclear deal is based on its ability to counter IS in Iraq and Syria.

Europe, obviously, has no appetite for overseas wars and Obama, despite Republican rebukes, has resisted ‘boots on the ground’ against IS or Syrian President Bashar al-Assad. Iran likes this offer because it blesses its proxy play in the Middle East. Foreign Minister Javad Zarif gladly called IS a “common threat” in an “existential battle”. Iran knows locking horns with IS is inevitable, so it might as well do this on favourable terms.

Despite the broad smiles in Vienna, there is no indication that the Iran-west frost has thawed. As Khamenei suggested recently, the two core tenets of Iranian foreign policy, namely ‘Great Satan America’ and ‘Death to Israel’, are still intact. The rhetoric could be toned down to keep the peace but the difference will be made up by Iran’s fatter wallet for funding proxies in Lebanon, Gaza and Yemen. Also, just last month, Iranian President Hasan Rouhani recommitted his support to Assad, saying Iran would stand by the Syrian government “until the end of the road”.

Not that this matters to the White House or even Russia or China, right now. For Obama, it is in the US’s interest that IS and Iran cancel each other out, even if this destabilises the region for a few years. Also, of the P5+1 states, Russia and China are the ones most concerned about the IS threat. Russia feels its steady creep into Central Asia by way of northern Afghanistan, while China worries about IS’s influence on the Uyghur separatist movement in Xinjiang.

Paranoia about this deal is, however, not exclusive to the US’s Middle Eastern allies or Republicans in Congress. Kerry remarked in a recent interview that Iran is “deathly afraid” of the International Atomic Energy Agency (IAEA). This fear, though, goes beyond the simple discovery that Iran has, at some point, broken the agreement. It is a fear shaped by the fate of Saddam Hussein’s Iraq through his fictitious nuclear arsenal.

With the IAEA able to inspect “suspicious” Iranian sites “where necessary, when necessary”, a complete inventory of the Iranian military will emerge in quick time. The ayatollahs worry that Obama’s peace-pipe foreign policy is a one-off and the next George W Bush could easily strike Iran with foolproof intelligence. The Republican Party, lest we forget, still supports Israel’s stance that Iran’s nuclear programme be tamed by force, and not just sanctions. As expected, the Republican chair of the US Senate Foreign Relations Committee, Senator Bob Corker, quickly condemned the Iran deal as “an affront to the US people”.

The ayatollahs are also paranoid about losing control. They worry about how Iranians, half of whom are under 30, will morph sociologically once the world comes to Iran. If the nuclear deal is an economic Trojan horse, and young Iranians taste the good life just to have it yanked away by ‘snapback’ sanctions, the ayatollahs could become national villains overnight. Even if the west genuinely wants to change Iran for the better, this conflicts with the Islamist desire for unquestioned power. The Iranian youth that meets the world will no longer be partisan to US hate speech like it used to be. The ayatollahs worry that political dissent will rise alarmingly once their ‘us versus them’ facade breaks down.

Moreover, assuming Iran is able to vanquish IS, it will be a pyrrhic victory for the US. Torbjorn Soltvedt, an analyst with the Maplecroft group, says: “Iran will remain in conflict with Saudi Arabia in Syria and Yemen in particular.” Obama’s willingness to cede political space to Iran in the Middle East is puzzling, since it would take nothing short of an invasion to pry it back. Obviously, a regional arms race is nigh, as antsy Arabs and Israelis scurry to buy bigger guns to sleep better at night. John Kerry, though, believes, “This agreement makes the region safer.” Surely, he means for Assad and Iran.