You are here: Home / Europe / The impact of Islamic State attacks on Europe

The appalling terrorist assaults perpetrated by ISIS in Europe have led to significant changes in Europe’s state of mind, prompting rudimentary initiatives to secure borders and increase counter-terror cooperation among EU states 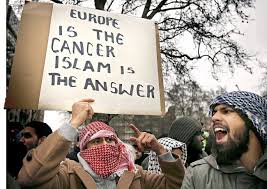 The terrorist assaults perpetrated by ISIS in France, Belgium, Germany, Great Britain, and Sweden did not surprise the EU security authorities. They have often noted the threat that at least some of the thousands of Muslim youngsters who left Europe to fight for ISIS might perform acts of terror upon their return. They are also well aware that military intervention against ISIS increases the risk of terror attacks on European soil. The torrent of uncontrolled numbers of refugees from the Middle East has sharpened the warnings issued by the security authorities as well as by the media. The terror attacks have had significant repercussions, and have had an impact on EU-Israel relations.

The wave of terror has produced changes in the state of mind of many Europeans. In the past, though there were occasional terror attacks (such as in London in July 2005), Europeans felt relatively safe – so much so that they did not introduce basic security measures, such as checking bags and suitcases at train stations. The recent wave of attacks, however, has produced feelings of insecurity. Citizens of EU member states are now less hostile to security measures that had been perceived in the past as breaching their civil liberties.

The attacks exposed the vulnerability of EU state borders resulting from the Schengen Agreement, which opened borders among member states. In Brussels and Paris, the perpetrators of the November 2015 attacks crossed borders with impunity.
The EU did, in fact, take a major decision in November 2015 to strengthen control over its external borders in order to protect them from smugglers of firearms and illegal immigrants. It increased cooperation and coordination among EU member states, taking measures such as a Passengers Name Record (PNR) – not only for air travel, but for sea and train travel as well as hotel room and car rentals.

In addition, EU member state authorities took measures like decreeing a state of emergency (in France) and increasing security forces.

Another significant step was the launch in January 2016 of a new European counter-terrorism center, the ECTC, following the November 2015 decision of the Justice and Home Affairs ministers. The ECTC was designated as an enhanced central information hub through which member states can increase information sharing, bolster operational coordination, track terror financing, and detect online radicalization.

In October 2016, the EU also launched a New European Border and Coast Guard Agency (built on the EU Frontex) with extended staff, means, and regulation in order to better secure Europe’s external borders.

The creation of the ECTC engendered some skepticism regarding the ability of EU member states to implement effective counter-terrorism cooperation. Critics cited the differences in organizational culture among the various security agencies as well as their traditional reluctance to exchange valuable operational data for fear of leaks. They also noted the problem of differing laws regarding civil liberties. For instance, Belgian security forces admitted that they had missed Salah Abdeslam, one of the main perpetrators of the Paris Black Fridayattack of November 2015, because of a law that forbids raids on private houses from 9:00 pm to 5:00 am.

Another significant impact of the terrorist attacks has been the rise in popularity of far-right parties leading anti-Muslim and anti-migrant campaigns. For instance, Marine Le Pen, leader of the National Front party in France, was chosen during the first tour as one of the two leading candidates in the current presidential elections. (She stepped down from the NF’s presidency immediately following the first tour, but remains leader of the party.) Le Pen calls, inter alia, for the abolishing of the Schengen Agreement and even recommends that France follow the British “Brexit” and leave the EU. Other far-right parties in Europe, such as The Alternative for Germany (AFD) and the Party for Freedom in the Netherlands, have exploited growing anti-Muslim and anti-immigration sentiments to increase their influence. Far-right parties have also increased their representation in the EU parliament, forming a unified faction of 37 parliament members of seven state members.

The terror assaults in Europe have been followed by calls by the political authorities as well as by the media to learn from the Israeli model of counter-terrorism. They have stressed Israel’s experience, methods, and technical means in its continuous fight against radical Islamist terrorists.

Indeed, there exists a discreet defense cooperation between Israel and EU member states in the field of dealing with terrorist threats, including the procurement of Israeli counter-terrorism technological innovations. For instance, Israel cooperates with EU member states in securing their airports. Several EU states have procured from an Israeli company a technology that swiftly filters a large amount of camera footage, enabling investigators to focus on suspicious persons and activities. In addition, Europe is interested in Israeli experience in field medicine and in civil emergency systems designed to handle terror attacks.

The EU has also expressed interest in Israeli cyber technologies that spot online communications of organized terrorists, as well as potential “lone wolf” terrorists who have no organizational contacts. The latter represents a complex challenge, as internet companies often refuse to cooperate in the monitoring of their platforms’ content.

The things Europe can learn from Israel are not limited to military and technological know-how in the fight against terror. Europe can also learn from the resilient way Israel’s citizens cope with terror, as well as from Israel’s experience of maintaining democratic core values despite the incessant terror threat and chaotic, unstable neighborhood.

The discreet cooperation in the counter-terrorism field has unfortunately not yet matured into a more balanced position on the part of EU member states regarding the security measures Israel takes to deal with Palestinian terrorism and incitement. The moral double standard of the EU regarding this issue might undermine its own fight against Islamist terrorism.