You are here: Home / MidEastGulf / The “Hezbollah concept” collapses 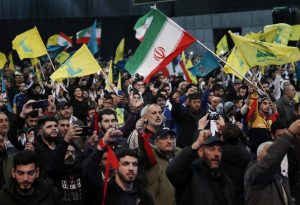 November 7, 2021: Iran is trying to organize a Shia militia in Syria like Hezbollah in Lebanon. The recruiting effort is disappointing because few Syrian Shia want to have anything to do with Syrian Hezbollah, Iran or serving in any military force, like reported by strategypage.com.

The Syrian Shia have been fighting for a decade and have made it clear that they want no more of it for a while, perhaps a long while. Meanwhile the original Hezbollah in Lebanon finds itself with less local support and growing threats of another civil war if Hezbollah does not disband and abandon efforts to intimidate and control the national government. This is all because of the Syrian civil war.

Since 2011 over six million Syrians have been forced to leave Syria because of the war. Nearly all of those who fled the country, and won’t be coming back, are Sunni. That means the Sunni majority went from 70 percent in 2011 to 58 percent. Iran encouraged Shia from other countries (Lebanon, Afghanistan, and Iraq) to settle in Syria and take over the homes and property of the departed Sunnis. That was unsuccessful. The Assads deliberately attacked Sunni civilians and encouraged them to flee the country. The Assads are willing to offer an autonomy deal with the Kurds in part because, while they are mainly Sunni like their fellow Kurds in Iraq, they are not fanatic about their religion the way many Arab Sunnis are. In 2018 Syrian Kurds comprised about 17 percent of the Sunni majority. If the Kurds make peace with the Assads, the remaining Sunni Arabs are no longer a majority. The Sunni Arab factions don’t all agree on how to deal with the Assads and for two generations the Assads have ruled Syria by exploiting those differences and expect to have an easier time now because there are fewer Sunni Arabs. One thing that did not change much was the portion of the population that was Shia. In 2011 about 13 percent of Syrians were Shia and they prospered because the Assads were Shia and Shia were considered the most loyal. The downside was that during the decade of civil war the Shia suffered higher combat losses because as the pre-war military melted away from desertion and combat casualties, Shia soldiers were soon the majority and taking most of the casualties. The government demanded that Shia soldiers remain in uniform and did not tolerate young Shia men trying to avoid conscription. This caused a lot of Shia families to voluntarily leave and many do not plan to return.

Iranian military aid included a large force of Shia mercenaries from other countries, mainly Afghanistan. After 2017, the Americans revived economic sanctions on Iran which meant a reduction in the Shia mercenary force. Fortunately, by then the rebels were largely, but not completely, defeated. Despite that the lack of Syrian troops prolonged the war. The Syrian army was much smaller and largely Shia, who were reluctant to go on the offensive against the remaining rebels cornered in northwestern Syria (Idlib province). Current Iranian efforts to form a Shia militia in Syria like the Hezbollah militia in Lebanon, are finding few Syrian Shia who are interested. In fact, there are similar problems in Lebanon where heavy combat in Syria and more Sunni Arabs in Lebanon diminished Hezbollah strength and increased those non-Shia Lebanese willing to try and destroy Hezbollah.

Most of the Syrian rebels were anti-Shia, mainly because the Assads are from a Shia minority that has ruled Syria for decades. The Assads had always been brutal towards any Sunni opposition. This has also been a problem for Iran in Lebanon, where the Iran backed Hezbollah militia is losing support from the Shia minority. Two million Syrian Sunni Arab refugees fled to Lebanon after 2012. That meant the Lebanese Shia are now a smaller minority. Lebanon is overwhelmed, economically and otherwise, by the two million Syrian refugees it is hosting. That’s in a country of only five million in 2011. The Sunni refugees radically changed the religious mix of Lebanon from 27 percent Shia, 27 percent Sunni, and 46 percent Christian (and other religions) to a more volatile combination. By 2017 there were over seven million people in Lebanon and 47 percent are Sunni, 19 percent Shia and 34 percent Christian (and others). Before 2011 Hezbollah and Iran had some success attracting non-Shia factions (especially Christians) to be part of the Shia coalition. This is traditional Lebanese politics, with the Christians surviving by forming a coalition with non-Christian groups. In the last few years these non-Shia allies have been deserting Hezbollah.

This puts the Hezbollah militia in a bad situation. Their better armed and trained fighters have been able to dominate the other minorities since the 1980s. That was possible because of Iranian cash, weapons, and advisors. But the Iranian help and better organization is no longer enough when the Sunnis are nearly half the population and out for blood because of the slaughter the Assads inflicted on Syrian Sunnis. Lebanon does not want another civil war over this, but that reluctance to fight another civil war is disappearing. The 1975-90 civil war devastated Lebanon and for two generations the survivors were reluctant to fight the growing Shia (Hezbollah) violence and intimidation. Heavy Hezbollah casualties in Syria, where Iran insisted that Hezbollah participate if they wanted continued Iranian financial and military support, backfired. The Hezbollah assistance was helpful but the arrival of the more numerous and aggressive Shia Afghan mercenaries was decisive. Those foreign Shia troops did most of the fighting for five years but by 2019 most of them were no longer available. Lebanese Shia were angry at Iran for compelling Hezbollah to fight, and take heavy casualties in Syria. This reduced support for Hezbollah in Lebanon and led to the current fighting between Hezbollah and the non-Shia majority in Lebanon. That may not escalate into a civil war but it does mark the end of Hezbollah domination of Lebanese politics and more efforts by the non-Shia majority to outlaw and reduce Hezbollah military dominance. The revival of economic sanctions on Iran in 2017 forced Iran to cut in half its economic subsidies to Hezbollah. A lot of Lebanese Shia lost their jobs and many more had their pay reduced. Iran has not got the cash to pay the men in the new Syrian Hezbollah.

The Assad government is broke and seeking to make deals with wealthy Sunni Arab oil states. The Sunni Arabs will invest in Syria if there are no Iranians there. Iran refuses to leave and the situation is getting tense with Russia, Turkey, and the U.S. united in trying to get the Iranians out of Syria.

Iran did have some success in forming Hezbollah-type militias in Iraq and Yemen but in these two countries the new Iran-backed militias are facing a lot more armed opposition that that the original Hezbollah did in the 1980s. Iran not only failed to create Hezbollah type militias in other countries with a Shia minority (or majority in Iraq) but saw the original Hezbollah fail as well. Ordering the Iran-backed foreign militias to fight harder only makes it worse.