You are here: Home / Analysis / The Haqqani network and India’s Afghan dilemma 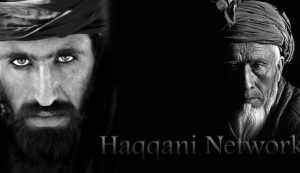 The Haqqani network derives its name from Jalaluddin Haqqani, who first fought against the Soviet army in Afghanistan, and later against the United States (US) and the North Atlantic Treaty Organization forces. Following the death of Jalaluddin, the leadership of the group was assumed by his son, Sirajuddin, who is set to head the Interior Ministry, perhaps the most important ministerial position in the newly announced Afghan cabinet. India’s diplomatic presence in Afghan cities, whenever it is restored, will be under the direct watch of the Sirajuddin-led ministry. Obviously, this is far from comfortable for New Delhi, like reported by eurasiareview.com.

A United Nations (UN)-designated global terrorist since 2007 and on the Federal Bureau of Investigation’s most-wanted list, Sirajuddin is undoubtedly one of the most influential and powerful insurgent leaders in Afghanistan. The UN listing about him says that he “participated in the financing, planning, facilitating, preparing, or perpetrating of acts or activities by, in conjunction with, under the name of, on behalf or in support of Taliban, al-Qaeda, and Jaish-i-Mohammed.” Sirajuddin’s uncle, Khalil-Ur-Rehman Haqqani, finds a place in the cabinet as the Minister for Refugees, and has also been listed as a terrorist with links to al-Qaeda. Two other members of the group – Najeebullah Haqqani and Sheikh Abdul Baqi Haqqani – will lead the Communications and Higher Education ministries respectively in a cabinet that is all-male and overwhelmingly Pashtun. Sirajuddin is expected to make sure that all shades of resistance to Rawalpindi’s involvement in Afghan affairs are suppressed so that Afghanistan can effectively become a client state of Pakistan.

There are local, regional and global dimensions of the Haqqanis’ rise to prominence. Jalaluddin Haqqani was one of the most infamous students of the Darul-Uloom Haqqania religious seminary located in Akora Khattak in northwest Pakistan (Asim Umar, the former head of al-Qaeda in the Indian Subcontinent had also studied here). Jalaluddin went on to become a notorious mujahedeen in the 1970s. When the Soviet Union invaded Afghanistan, he emerged as the Central Investigation Agency’s trusted mujahedeen leader. Jalaluddin is believed to be the first Afghan Islamist to have actively recruited Arab militants into his ranks during the Afghan jihad. He soon developed ties with Osama bin Laden before joining hands with the Taliban. When the Taliban came to power in 1996, he was appointed a minister.

Though the Haqqani network has formally functioned under the Taliban’s Supreme Council, it has been able to remain effectively outside Taliban control and maintain a separate identity. The Haqqani network, in the areas of its operation, has hosted and supported many anti-India terrorists, with direct involvement of the Inter-services Intelligence (ISI). The Uighurs, Uzbeks and other militant groups were also sheltered by the Haqqanis in its strongholds during the 1990s.

After the removal of the Taliban regime in late 2001, the Haqqani leaders took refuge in Pakistan’s North Waziristan where they made a lot of money through both legal and illegal activities. The network played a critical role in the revival of the Taliban insurgency during the Hamid Karzai government. In 2016, Sirajuddin was named deputy to Mullah Haibatullah Akhundzada, the leader of Afghan Taliban, after the news of the death of Mullah Mohammad Omar was leaked by Afghan intelligence.

In its determination to undermine India’s influence in Afghanistan, Pakistan’s security establishment has often channelised the Haqqani network’s lethal capacity to carry out terrorist violence. The 2008 Indian embassy bombing in Kabul and the subsequent attack on Kabul’s Gurdwara Har Rai Saheb in 2020 are widely believed to be the handiwork of the group. The US too became frustrated with Pakistan as no amount of pressure could persuade the latter to crack down on the Haqqani network, which was termed a “veritable arm of Pakistan’s ISI” by former Chairman of the Joint Chiefs of Staff, Mike Mullen, in 2011. The Haqqani network is also credited with introducing suicide bombings as a terrorist tactic that was later adopted by the Taliban as well as other terrorist groups.

It would be erroneous to treat the Haqqanis as a local Afghan non-state actor. It is the Haqqani network’s remarkable ability to remain in the grey zone between nationally-oriented insurgency and globally-oriented jihadism that is dangerous. Having survived for more than four decades in an extremely volatile and conflict-ridden region, the Haqqani network remains at the centre of a nexus of religious medievalism, state sponsorship of terrorism, and global jihad unleashed by the troika of the Taliban, Pakistan’s security establishment and al-Qaida.

It is too early to say whether Sirajuddin and other Haqqani clan ministers will modify their behaviour or continue to find value in their network’s ties with the al-Qaida and Pakistan’s security establishment. If the network leaders continue to insist on maintaining the group’s autonomy from the Taliban while paying obeisance to generals in Rawalpindi, it will not only create governance challenges within the country but will also have a significant bearing on India’s engagement with the Taliban-led Afghanistan.