You are here: Home / Senza categoria / The “digital fight” against Islamic State and Al-Qaeda 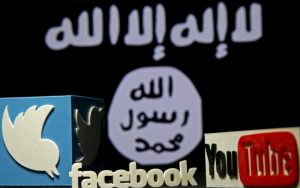 Despite the substantial military defeats suffered by Islamic State (IS), as well as its loss of the territories it once controlled in Iraq and Syria, its propaganda strategy is far from defeated on the digital front, like reported by gnet-research.org.

IS is intensifying its presence on some social networking platforms and encrypted web applications such as the messaging service Telegram, which has allowed IS to disseminate tens of thousands of videos, photos, voice messages and newsletters to thousands of followers. This shift came after Twitter and Facebook cracked down on IS’s use of their platforms to spread their propaganda. However, despite this crackdown, IS supporters are still active on Twitter. In 2017, at least 22,000 users were identified as contributing to IS propaganda, based on their behaviour online. In November 2019, Twitter said it had removed 115,000 terrorism-related accounts without specifying the exact number of users connected to IS. The IS online extremist community is estimated to be between 46,000 and 70,000 strong. The relatively small overlap between existing datasets maintained by activists and researchers indicates the group could, in fact, be much larger.

The Fight Against the Digital Caliphate

Tech companies and social media platforms have increased their capabilities to detect and remove IS’s digital content. Facebook, YouTube, Microsoft, and Twitter are coordinating their efforts through the Global Internet Forum to Counter Terrorism in order to deny Internet accessibility to terrorist organisations and to take down online accounts used by IS and other groups for communications and propaganda purposes. Facebook announced that it used a combination of artificial intelligence and machine learning to remove more than three million pieces of IS and al-Qaeda propaganda in the third quarter of 2018. Twitter also announced that it has removed over a million accounts for promoting and sharing content since August 2015 — with more than 205,000 accounts removed during the first half of 2018 alone. Despite all these efforts, groups like IS have shown the ability to maintain and possibly increase their digital presence. IS local leaders and sympathisers across the globe are still using Telegram to exchange encrypted messages and set up private discussion groups to disseminate propaganda items and share their ‘success’ stories. In response, the European Union’s Internet Referral Unit and Telegram launched in 2019 an extensive campaign removing accounts and channels associated with IS. The operation resulted in the removal of more than 250 channels belonging to IS’s Nashir News Agency, Caliphate News 24, and the Nasikh Agency and most other major groups and channels.

Despite these efforts, IS is still able to maintain its footprint across social media platforms and messaging applications. The group, adept at evading detection, is now exploring and exploiting other platforms to escape law enforcement agencies, and reposition itself to evade ‘censorship’ and to radicalise, recruit, and plot.

The Quest for New Digital Platforms

In 2019, IS sympathisers migrated en masse from their traditional digital hubs such as Twitter, Facebook, and Telegram. IS operatives and some Al-Qaeda supporters shifted their digital presence to Diaspora, Friendica, MeWe, Riot, Threema, and Rocket Chat. Both groups have also tried other platforms including TamTam, Hoop Messenger, and Mastodon, only to find themselves denied access or booted out shortly after posting terrorist content.

While it is too early to measure the impact of the shift to alternative platforms by IS and other jihadist groups, it is crucial to identify new and old digital platforms used in order to monitor, detect, and destroy their propaganda.

IS and al-Qaeda will continue to rely on digital platforms and encrypted messaging applications to push their extremist narratives, and to raise funds and to recruit, at least in parts of the world where there is access to the Internet. These digital adaptation methods by both groups make the task of monitoring and accessing conversations harder for analysts, law enforcement agencies and terrorism researchers. Additional human and tech resources and training will be required to effectively continue to trace, analyse, and destroy extremists’ footprints in the digital world.