You are here: Home / Senza categoria / The deadly cost of speaking out against islamic extremism 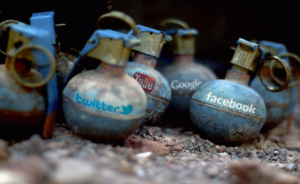 • The Islamic State has executed Sunni clerics in Iraq, Syria, Libya, and Yemen, as part of an effort to kill any religious figures who pose a threat to the group’s narrative or ideological control

• Wherever the Islamic State maintains control of territory, it relentlessly targets anyone who speaks out against it, preventing organized resistance by killing credible alternative voices

• The costs of speaking out against the Islamic State are often lost among foreigners who wonder why more locals do not simply oppose the group.

A key concept in Countering Violent Extremism (CVE) —that of amplifying credible voices who can speak with authority or authenticity against groups like the so-called Islamic State— is not a realistic option in the places it is needed most. In communities outside the control of extremists, credible voices are an invaluable tactic; in communities under extremist control, credible voices are targeted and silenced. One of the reasons behind the absence of popular uprisings against the Islamic State is that the group extinguishes potential flames of opposition by quickly killing anyone who could provide the necessary spark. From activists to aid workers to clerics, the Islamic State and like-minded groups ensure that credible voices of opposition are not heard for long.

The tortured body of Yemeni cleric Samahan Abdul-Aziz, AKA Shaykh Rawi, was discovered on January 31 in Aden. He had been kidnapped the previous day outside of his mosque, where on January 29 he had delivered a speech denouncing the extremism of al-Qaeda and the Islamic State. It is presently unclear who is responsible for Abdul-Aziz’s murder, but the Islamic State has a history of quickly executing anyone who speaks out against the group, regardless of the person’s stature in their community.

After its June 2014 takeover of Mosul, Iraq, the Islamic State executed 13 Sunni clerics who refused to pledge allegiance to the head of the terrorist group, Abu Bakr al-Baghadi. Among those murdered was Muhammad al-Mansuri, imam at the Great Nurridin Mosque in Mosul, where al-Baghdadi would declare himself Caliph Ibrahim—an act the murdered clerics would have denounced and ridiculed. Killing well-respected religious or government figures is a hallmark of the Islamic State, as well as its predecessor group, al-Qaeda in Iraq.

After capturing Ramadi in May 2015, the Islamic State carried out mass killings of Iraqi soldiers and civilians alike as it moved to quickly assert its control; up to 500 people are estimated to have been murdered in the days following the takeover. The executions had their desired effect; there was no mass uprising in Ramadi between May 2015 and late December 2015, when the Iraqi army finally regained tentative control.

In Libya, where Islamic State gains have alarmed Western governments enough to consider significant military intervention, the group worked to silence credible voices when it reasserted control over the coastal city of Sirte in August 2015. A local cleric named Khaled Ferjani had spoken out against the increased presence and influence of the Islamic State in Sirte and was summarily murdered in his home. The killing enraged locals enough to rise up against the group, but, as in Iraq and Syria, the Islamic State is too powerful for any local resistance to overcome. The Islamic State put down the uprising and publicly beheaded and crucified twelve people, sending the message that resistance was futile and speaking out was fatal.

In Syria, the Islamic State has been relentless in targeting anyone who speaks out against its rule. Deserters are quickly rounded up and publicly executed to stifle the notion that one can leave the caliphate. Clerics who oppose the group are killed as well. Activists in groups such as Raqqa is Being Slaughtered Silently (RBSS) have paid dearly for their efforts to document and denounce the daily atrocities committed by the Islamic State. RBSS members Ibrahim Abdul Kader and Fares Hammadi were murdered in Turkey in October 2015. In Turkey, the group also carried out the killing of anti-Islamic State filmmaker Naji Jerf.

The silencing of credible voices, religious or otherwise, will continue as long as the group maintains a monopoly on security in places like Raqqa and Mosul, and now areas in Yemen and Libya. The latent opposition in these places cannot effectively organize against the well-equipped Islamic State. Until the group is pushed out militarily, speaking out against the Islamic State will remain one of the world’s most dangerous forms of expression.