You are here: Home / Analysis / The crisis in the Sahel 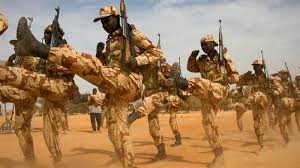 Africa’s Sahel, the semi-arid region that borders on the Sahara desert, is the poorest region of the world. It is also in crisis. The Africa Center for Strategic Studies reports that the Sahel has experienced a near seven-fold increase in terrorist attacks over the past three years. Threatened also by COVID-19 and severe climatic changes, the region desperately needs improved governance and the world’s help, like reported by thehill.com.

Terrorist attacks in Burkina Faso have now uprooted more than 900,000 people, and COVID-19 has forced the closure of 20,000 schools. Next door, in strife-torn Mali, a disputed election and protests in Bamako, the capital city, are threatening to unseat Mali’s president, Ibrahim Boubacar Keita. The jihadist insurgency is even creeping southward into Côte d’Ivoire, where 14 military personnel were recently killed in a border assault.

Oxfam and other international aid organizations are warning of a “hunger pandemic” in the Sahel, while human rights groups are expressing alarm about the extra-judicial executions being committed by government forces in the region.

Emergency aid may be on the way, but what the Sahel desperately needs is improved governance and sustainable development. For that to occur, the U.S. and the broader international community must do its part. The scope of the problem is daunting, but the consequences of inaction are staggering.

Terrorist attacks are on the rise and contributing to Africa’s displacement crisis. The Islamic State in the Greater Sahara (ISGS), and al Qaeda’s affiliate, Jamaat Nasr al-Islam wal Muslimin (JNIM) are struggling for dominance in the region. Their feud is getting deadlier, and civilian populations are caught in the crossfire. Last year, more than 4,000 people were killed in Burkina Faso, Mali, and Niger, compared to 770 deaths in 2016. In response to that threat, France, as part of Operation Barkhane, has boosted its troop level in the region to 5,100.

The tide of battle, however, has not turned. There are now 3.1 million refugees, internally displaced persons (IDPs), returnees and people at risk of statelessness in the Sahel, and the numbers are increasing rapidly. The number of IDPs in Burkina Faso alone has more than quadrupled from 193,000 in June 2019 to 848,000 at the end of April.

Terrorism and the COVID-19 pandemic are far from the only challenges. With a population that will more than double in the next 30 years and the anticipated climatic changes, the Sahel faces an uncertain future. Niger’s population could easily triple in the next 35-40 years. Climatic changes and the resulting crop failures in the Sahel are already forcing some people to move to coastal areas.

With high fertility and the youngest age structure in the world, the region has a large and persistent ‘youth bulge’ that could prove politically destabilizing, a weakness that terrorist groups will continue to exploit. If fertility rates fall fast enough and the necessary investments are made in health, education, and gender equality, the region could get an economic boost, what economists and demographers describe as the ‘demographic dividend.’

Food insecurity is increasing. The UN estimates that 5.5 million people will be food insecure in Niger, Mali, and Burkina Faso during this year’s lean season, 2.5 times the average for the last five years. In May, the UN warned that the crisis in Nigeria’s Lake Chad region could fuel a humanitarian challenge for 24 million people, half of them children. The Economic Community of West African States (ECOWAS) estimates that the COVID-19 pandemic and other threats this summer, including drought and locust infestations, will imperil the food security of 50 million people in West Africa. Migration within West Africa might mitigate the crisis, but not if national borders remain closed.

Responding to these concerns, UNHCR, the UN Refugee Agency, has launched a $186 million appeal aimed at providing life-saving assistance to refugees, IDPs, and returnees in the Sahel. Also, the UN’s International Organization for Migration is asking for $37.8 million to scale-up its life-saving support to 460,000 individuals in Burkina Faso, Mali and Niger. The European Union’s Emergency Trust Fund for Africa recently pledged an additional €52.5 million to support new and ongoing programs in the Sahel and Lake Chad region. The programs, which add to the €2.08 billion already committed, will focus on increasing employment and stability, while also fighting the pandemic.

However, such emergency assistance is only palliative. What’s needed is a longer-term strategy for security and development. In mid-June, the International Coalition for the Sahel held a ministerial meeting, via videoconference, to address the terrorist threat. Convened by France and five Sahel countries (Burkina Faso, Mali, Mauritania, Niger and Chad) known as the G5, the conference attracted 60 representatives from countries and international institutions. The participants reaffirmed their commitment to a strategy with four pillars: counter-terrorism, military aid and training to the G5, better security and governance in vulnerable regions, and development assistance.

The first two pillars are crucial to the fight against terrorism, but experience has amply demonstrated that the war on terror is a holding action, nothing more. Without the other two pillars, any defeat of the terrorists will be short-lived.

If terrorism embeds itself in the Sahel, it will threaten the coastal regions of West Africa and add to the conflict and violence in Nigeria. In doing so, it will exacerbate Africa’s growing displacement crisis. The Africa Center for Strategic Studies warns that there are now 29 million people in Africa who have been forcibly displaced from their homes, 4 million more than last year at this time.

Without better governance, major investments in health and education, and an end to gender inequality, terrorism will thrive no matter how much military assistance is channeled to the region. The U.S. and other nations must boost their support for programs that address the root causes of instability in the Sahel, not just the threat posed by terrorists.