You are here: Home / MidEastGulf / The commander of special force of Tajikistan killed in Syria 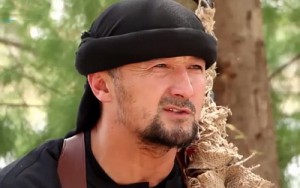 Lebanese publication Arabi-Press reported about the death of an ex-commander of the special forces of Republic of Tajikistan Gulmurod Khalimov who claimed that he joined to the movement of Islamic State last month.

Along with Khalimov some leaders of the Islamic State, in particular, Abu Omar Sheshan (Chechen) were killed, notes publication. They were killed in the Syrian province of Deir-ez-Zour as a result of the stroke of Syrian army in the evening on June 19.

Khalimov, Sheshan and other leaders of the terrorists planned the military operation on takeover of the local military airport.