You are here: Home / Europe / The chief of Germany’s domestic intelligence agency: 100 Daesh fighters are entering Europe as Syrian refugees 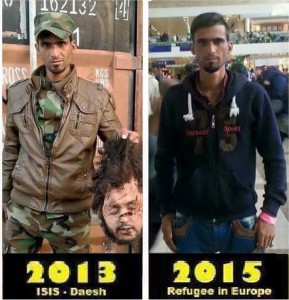 The chief of Germany’s domestic intelligence agency, the Office for the Protection of the Constitution (BfV), said that the agency received information concerning over a hundred Daesh fighters who are registered as refugees in Germany.

His statement came during an Interior Ministry meeting with German politicians focusing on domestic policy issues.

Three people, detained in Germany on suspicion of ties to the Daesh extremist group, may have been planning an attack on Berlin’s Alexanderplatz square, local media reported Thursday.