You are here: Home / Analysis / The Caliph without a Caliphate: the sad story of Islamic State leader Abdullah Qurdash 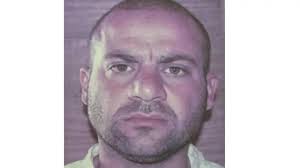 Large cities like Raqqa or Mosul were under his rule and the world looked in horror at the images that came from the caliphate. But by March 2019 it was already in ruins. Their leader, Abu Bakr al Baghdadi, had been killed in a military attack and they were cornered on a small strip of land in Baghuz, on the banks of the Euphrates River. But a secret plan to appoint a new leader was underway.

Yes, this is Abdullah Qurdash. Or his other name. Amir Mohamed Saied Abdulrahman says Salem, an IS member detained by the Iraqi intelligence service, pointing at a photograph shown to him by Feras Kilani a journalist with the service. Arabic from But he was different from this photo, his beard was thick he remembers the new IS strongman, who even before the death of his predecessor already handled most of the affairs of ‘The Caliphate. This then is the story of a caliph without a caliphate. From the new leader of the Islamic State.

To start counting it, you have to travel 35 kilometers from Mosul, the second-largest city in Iraq. There is Al Mehalabiya, the city that gave birth to the new leader of IS. Amid crumbling buildings and crooked electricity poles, cars of the Falcon Brigade, the anti-terrorist unit of Iraq’s security forces kick up dust in their wake. They are looking for Abdullah. Commander Ahmed is in charge of that mission a job that carries great personal risk. Famous for infiltrating spies within the jihadist group this brigade plays a key role in the fight against extremists.

A Respected Family
His father used to sing the call to prayer in one of the mosques and he had two wives says the commander. He had 17 children. Abdullah, one of them, was born in 1976. The locals still remember them they were polite and highly respected.

But despite leading a quiet life, it was said that Abdullah was being radicalized by local groups This is a remote spacious region Qaeda developed here in Iraq in 2003. They had a good fan base explains Abdel Rahman al Dawla, mayor of Al Mehalabiya. In fact, most of the Islamic State military and security leaders come from these areas, especially from nearby Tala’far, he says. Thus in 2003, when US-led forces invaded Iraq, Abdullah was already participating in smaller jihadist groups. But, like so many others, he would abandon them to join a much larger operation.

As Iraq plunged into violence, Abdullah’s religious upbringing and his long history with extremist groups quickly made him a prominent member. But in 2008, the Americans locked him up in Bucca Prison. For months, Abdullah was interrogated by US forces. They say that he gave them information on dozens of members of his organization, something that the And suddenly, in 2010, Abdullah was released.

Islamic State joins
Upon his release from prison, Abdullah immediately joined Abu Bakr al Baghdadi the then leader of IS. He became a senior member of the organization in Nineveh province explains Colonel Ahmed.

Without a doubt, one of the most prominent leaders, very close to Al Baghdadi. In May 2012, Abdullah receives a new ID. Their appearance changes slightly. At that time, the bulk of US forces had withdrawn from Iraq, giving the Islamic State time to regroup. Faced with an unpopular government, the group began to gain followers. By showing him the photograph a former leader of the IS security forces, now a valuable informant confirms to the BBC the identity of Abdullah. He claims that he met with him several times. Yes, this is it, he says. He may be very extreme on some issues in general, he doesn’t trust anyone, except those close to him, he says.

What I have noticed is that he is not an intellectual, usually, he does not have the ability to give speeches like Al Baghdadi. He once gave a public speech without papers in his hands, I don’t think Abdullah is capable of doing the same. As the ambitions of the EI expanded, Abdullah assumed the role of Justice Minister s upervisando executions and grisly punishments. Abdullah’s cruelty when IS entered the city of Sinjar in 2014, Abdullah’s cruelty and growing influence really showed. They killed thousands of members of the Yazidi minority. But the question of what to do with Yazidi women divided IS.

According to their own interpretation of Islamic sharia, some wanted to enslave women. Salem al Jubouri witnessed the dispute in the organization. He was close to then-leader Al Baghdadi. Regarding the captivity of Yazidi women, the opinion of Sheikh Abu Ali al Anbari was to prohibit it. This was because we were still new to the application of sharia law and the problems far outweighed the benefits he says. However, Abdullah insisted on it. Why?”He said as long as it is part of the religion we apply it we are reviving the Sunnah Islamic teachings.

He had a committee in Iraq and another in Syria. The Iraqis refused to enslave Yazidi women because they were Iraqis, they feared for their own wives and families,” says another witness who belonged to the group.”The Iraqis did not accept the idea of ​​enslaving the Christians. The Syrians were closer to Al Baghdadi, since then he lived in Raqqa. It ended up in a compromise, only to enslave Yazidi women and avoid Christian women,” he explains. Various human rights groups claim that 7,000 women and girls were captured and enslaved by IS. The UN lists his crimes as the equivalent of genocide. When they threatened to spread their brutality to major cities like Erbil and Baghdad, the international community began to act.

The bombings then followed, and many of the tops IS leaders were killed, moving Abdullah up the chain of command. He became the most important man in Al Baghdadi and there were many attempts to end his life, interviewed witnesses reveal. Only one of them was close, they say. He was on his feet and was targeted by a drone, I think American, and he was injured. His leg was amputated and he was in the hospital for four months or more until he recovered. Time passed and EI began to regress. In 2017 the loss of the second Iraqi city marked the beginning of the end for them.

His Rise As A Leader
The continual threat of airstrikes was pushing them back without remedy. Surely Al Baghdadi knew that we were going to lose our territories so he prepared orders for us to go back to the time before the declaration of the Islamic State, says Salem, one of the prisoners of the Iraqi forces.

Thus, in October 2017, Al Baghdadi and Abdullah crossed into the Syrian city of Al Bukamal. There they almost died in an air raid. The planes arrived and bombed Al Bukamal. Sheikh Abdullah suffered minor injuries but his escort was killed. Only some shrapnel hit Abdullah. He was taken to the hospital Salem recalls. With its leadership under constant threat, IS withdrew here to the small Syrian town of Baghouz, wherein in 2019 thousands of fighters and their families surrendered. Al Baghdadi appeared in a video a few months later from his secret residence in Idlib, in northern Syria.

Abdullah is believed to be one of three people who appeared blurred next to him. At that time, he was already being groomed to become the possible leader. On October 26, 2019, what seemed inevitable happened. Abu Bakr al Baghdadi was killed in an American raid, giving Abdullah his chance to become a leader. This is where your trail is lost. Iraqi intelligence services say he is hiding in northern Syria, possibly in areas controlled by Kurdish forces. He is apparently working alongside a group of Iraqi leaders to rebuild his organization, capitalizing on the widespread sense of injustice among the Sunni populations of Iraq and Syria. A process that can take many years. Perhaps too many for a caliph without a caliphate.