You are here: Home / Analysis / The answer for Libya lies in compromise 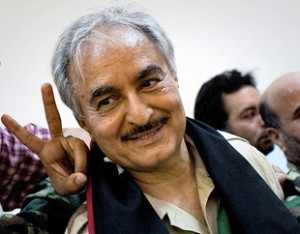 Libya needs an inclusive government that represents all its citizens. It was a disaster that the toppling of former president Muammar Gaddafi resulted in a series of transition and other governments that were held hostage by militias that supported the uprising in 2011 but then did not give up their arms and remained active political players.

Today Libya is split between a more Islamically-inclined regime in the west based in Tripoli and a more secular regime based in Benghazi. The situation has been further complicated by the arrival in December of Fayaz Al Sarraj as the head of a new government of National Accord. This has been backed by western powers and the United Nations and is supposed to unify the political and armed factions. Such a unified government is necessary for Libya, but it would also allow Libyan forces make effective headway against Daesh (the self-proclaimed Islamic State of Iraq and the Levant), which has grabbed power in the central city of Sirte.

Last Friday General Khalifa Hafter, who commands the Libyan National Army in the east of the country, said that it would be “unthinkable” for his eastern Libyan forces to join Al Sarraj’s unity government until militias aligned to it have been disbanded. Hafter has been waging a largely successful campaign in the west against Islamist groups and other militias, and is confident of defeating Daesh in time. He has repeatedly asked for the international community to show its support for his secular regime by lifting the embargo on weapons so that he can eliminate Daesh in Libya. The answer for Libya lies in a combination of the unity of the new government and Hafter’s clarity of mission.