You are here: Home / Analysis / The African Islamic State from the ocean to Sudan 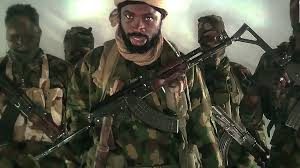 “The terrorists’ dream is to conquer northern Burkina Faso to create an Islamic state from the ocean, Mauritania, to Sudan”, like reported by inn.com.

If demography is destiny, the future of Christianity is in Africa (the West is post-Christian). By 2060, more than 4 out of 10 Christians in the world will live in the sub-Saharan Africa, from 26% in 2015, according to the demographic data of the Pew Research Center.

Likewise, sub-Saharan Africa will be home to an increasing proportion of the world’s Muslims. Between 2015 and 2060, the share of all Muslims in the region is expected to increase from 16% to 27%, surpassing the Middle East and North Africa as the second largest Muslim population in the world. In a century, the number of Muslims living in sub-Saharan Africa has increased more than 20 times, from 11 million in 1900 to 234 million in 2010. At the same time, the number of Christians has grown 70 times from 7 million to 470 million.

Last week, news came from Kenya: a bus stopped by the Islamists, many Christians killed for refusing to convert to Islam. Then from Nigeria: many churches burned, many Christians kidnapped and many killed. Ron Boyd-MacMillan writes in a report for Open Doors that Islamic extremism has two global centers of gravity, one in the Arab Middle East, the other in sub-Saharan Africa.

This is why the pace of Islamisation in Niger and many neighbouring countries has been soaring. Issoufou Yahaya, a Niger historian, tells the Wall Street Journal that when he studied at the University of Niamey in late 1980, there was not a single mosque on his campus. “Today we have more prayer rooms than classrooms,” Yahaya said.

With Coptic Ethiopia and the small Christian kingdoms of southern Sudan, for centuries Islam was unable to cross the Horn of Africa. This created a religious division between Muslims and Christians that dominated the politics of many African countries. Islamism is now breaking this barrier.

Robert Sarah, a famous cardinal and former president of the Episcopal Conference of West Africa, said: “Islam has only one project: to make Africa an Islamic continent. There is indeed a well-developed will and strategy to Islamize and even Arabize Africa. And there are the financial means and media propaganda available for the success of this plan”.

And it will have immense consequences for the West.