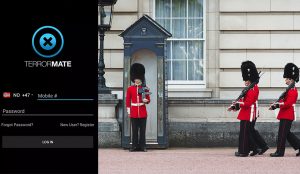 TerrorTech LLC, a Homeland Security and Public Safety industry firm and the developer of TerrorMate, the world’s first terror alert app, uncovered the recent online threat made against Prince George and shared the intelligence with British counter terrorist authorities. This piece of information, together with other intelligence gathered by British services, led to an arrest and potentially prevented a terrorist attack, like reported by sourcesecurity.com.

The suspect is alleged to have sent Prince George’s picture and school address to his friends with message “even royals won’t be left alone” on the online news and social networking service Twitter.

Commenting on how everything unfolded, Barry Oberholzer, co-founder of TerrorMate said, “The breakthrough on our side came when TerrorTech’s proprietary software first picked up the online threat on Twitter. Our intelligence analysts, based in our 24-hour international operations centre, quickly passed the information on to British officials who verified the information and deemed it credible after validating it against their own intelligence obtained from the messaging app Telegram.”

Based in Belgium, TerrorMate’s 24-hour international operations centre pairs expert analysis with cutting-edge technology to identify and track mass shootings, terror threats, and terrorist attacks across the globe. Former military and intelligence personnel employ an integrated approach to gather real-time terrorist and mass shooting data. They then analyse, verify, and rapidly share vital information with the public during critical events to ensure the optimum degree of safety.

Developed by TerrorTech LLC, TerrorMate is a free structured mobile real-time intelligence system that delivers accurate terror alerts and safety recommendations within two minutes of a terror attack, mass shooting or a terror alert. The app also serves as a comprehensive crisis communication and mass notification solution that unifies all channels, supporting communication and collaboration during critical events and ensuring that users are fully informed and as safe as possible at all times.